It’s always good to see a new festival staking its claim in the ring and, given their record for championing new music, the prospect of DIY Magazine as a contender was always going to be intriguing. The inaugural DIY Alive took place at the weekend at East London’s Oval Space, ably flanked by great venues at The Pickle Factory and Canvas across the road and Space 289 a few minutes walk away.

As you’d expect, an eclectic line-up to choose from. Our day got off to an impressive start with locals Human Interest, the rhythm section a shining light for the laid back vocals – an energy akin to The Cramps without the psychobilly twang, and who doesn’t love a standing drummer? 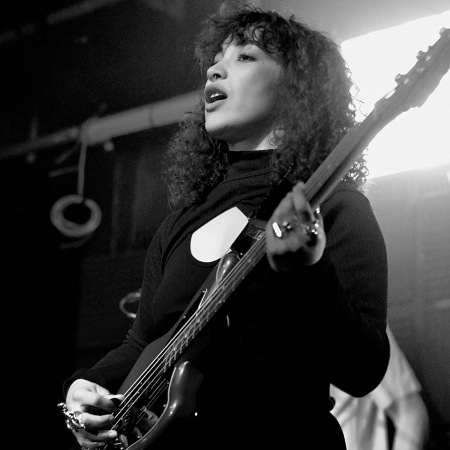 Next, to the main stage to witness Chilli Jesson’s new incarnation and material. Interesting to see how he’s starting to develop his own brand away from past indie classics. A solid crowd response to an early set, and a nod to the past for the old faithful fans, closing with Best of Friends. 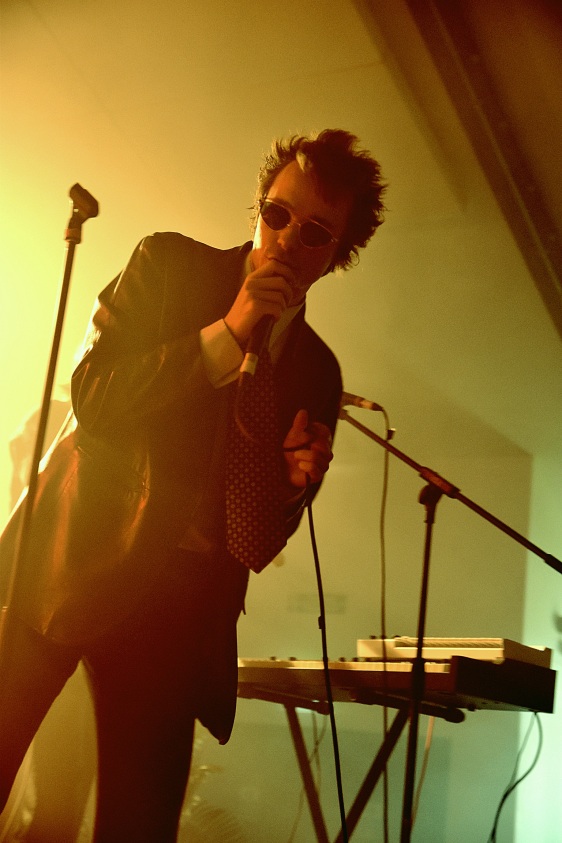 With their contemporary take on a contorted dystopian world, Legss felt like the perfect fit for the festival, starting with more familiar tunes then drifting into newer material. By the end your eyes were torn between watching them or watching the front rows trying to jump in time to awkward drum patterns and time signatures – that’s what happens in dystopia.

Continuing their whirlwind of shows, Baba Ali have honed a slick performance, their blend of soulful vocals against a rock/electronic background a thing of beauty. Understated but impossible to ignore, a welcome addition to any line-up. 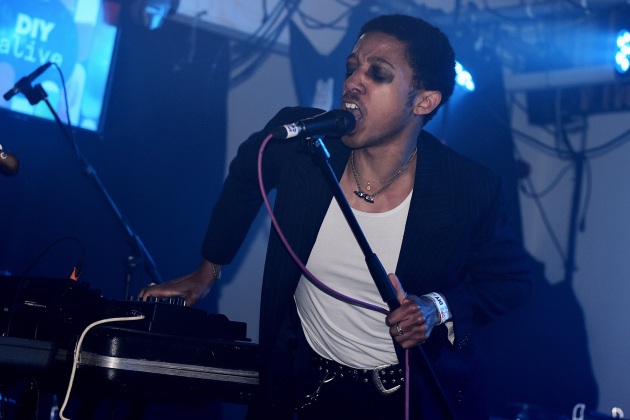 Something different as the DIY Alive experience included workshops and in conversation events alongside the music. Anyone who’s read Baxter Dury’s book Chaise Longue will know it’s full of tales of growing up in what might seem like a pretty bohemian world but, as he says, you don’t know any different when you’re a kid. There was plenty of opportunity for this to be an uncomfortable chat as a keen to please audience seemed ready to laugh at his every word, maybe not gauging that some of the stories might be funnier from the outside than in. Dury however took control and guided the tone of the discussion graciously, sharing glimpses into his upbringing, his love for Kendrick’s music and much more. An easy raconteur for sure, hopefully there’s another book in the offing. (I’d love to hear someone interview him without mentioning you know who just once). 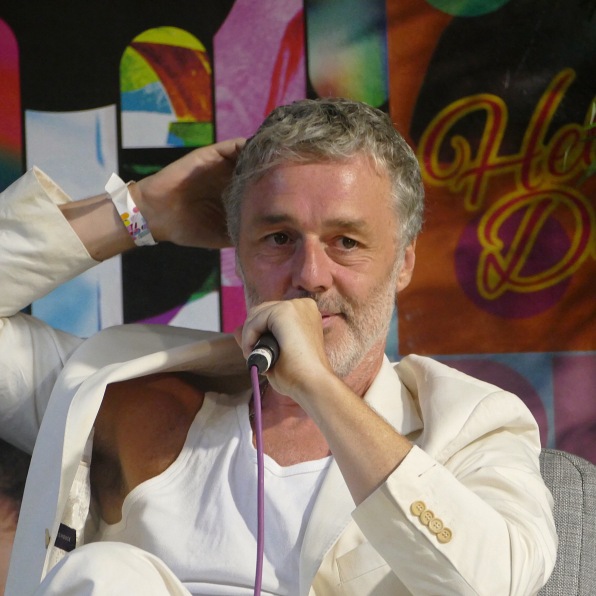 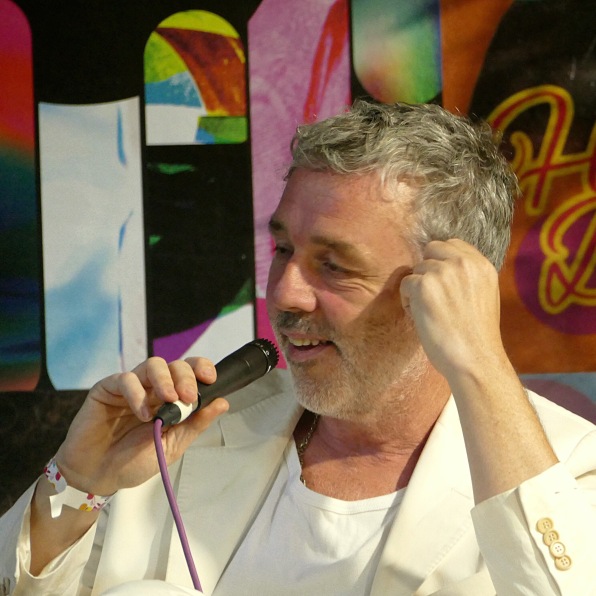 And then VLURE. It never gets easier to describe VLURE playing live without sounding like a gushing child. The intensity and intimacy of their set, whatever size venue they’re in, makes for a very special experience. The relatively small stage at Space 289 never really caused a concern as so much of their time is spent in the crowd anyway. At this point, they’re so good it feels like the only people VLURE have to outdo is themselves… and still they do it every time. A band with a seemingly limitless ceiling; it’s tantamount to watching a block of flats being demolished. If it didn’t feel genuine it would be weird, but there’s no shadow of insincerity here. Euphoria indeed. 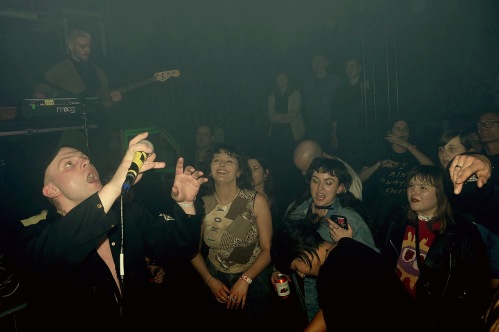 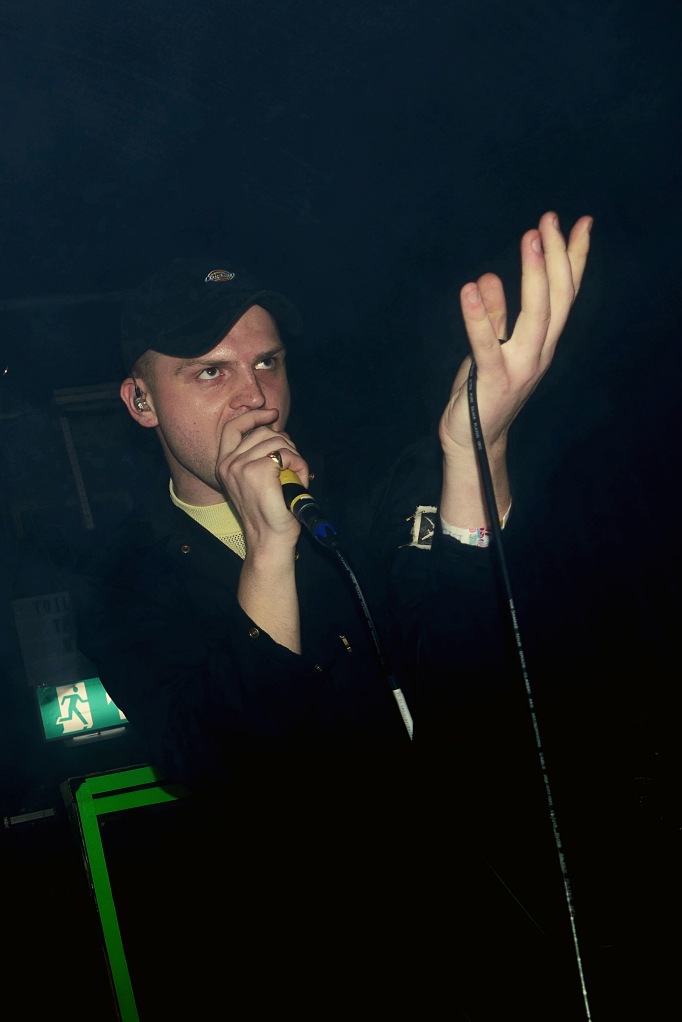 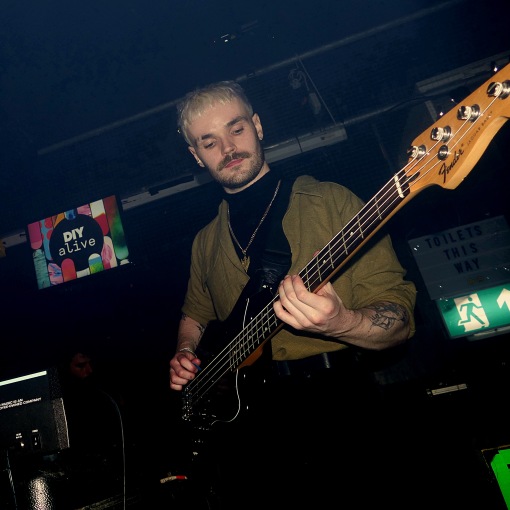 Over at The Pickle Factory, Jessica Winter once again wowed with her off the scale vocals. For self proclaimed sad music, what she produces makes people surprisingly happy. It can be difficult to compete as a solo performer with a backing track, but it says a lot when just you, your keyboard and laptop still stand out against a backdrop of full bands. 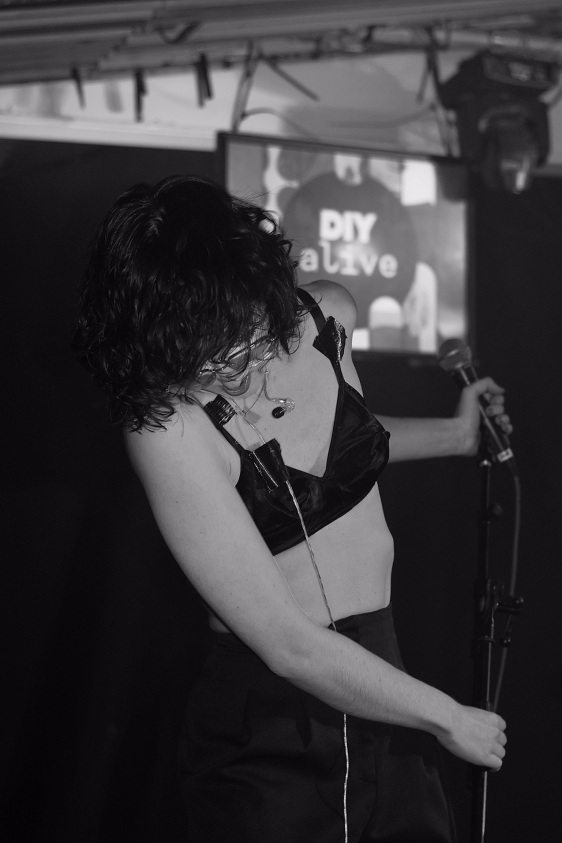 Back at Oval Space, no surprise that Shame drew the biggest crowd. Amidst extensive touring, they’re well versed in whipping up a crowd frenzy, and despite it being hard to be a bigger band nowadays, they’re still gaining fans to surf across and taking the most likely to cause a moshpit award.

Time for one last set and, from the get-go, Audio Books sounded like the best of Chris and Cosey, while displaying a persona and performance all of their own. Captivating dark techno with lyrics spat like a challenge, they couldn’t have done a better job to round off the night and the encore, though a thing less prescient these days, was well deserved. Some like to mosh, others like to dance – if you’re a dancer head for Audio Books. 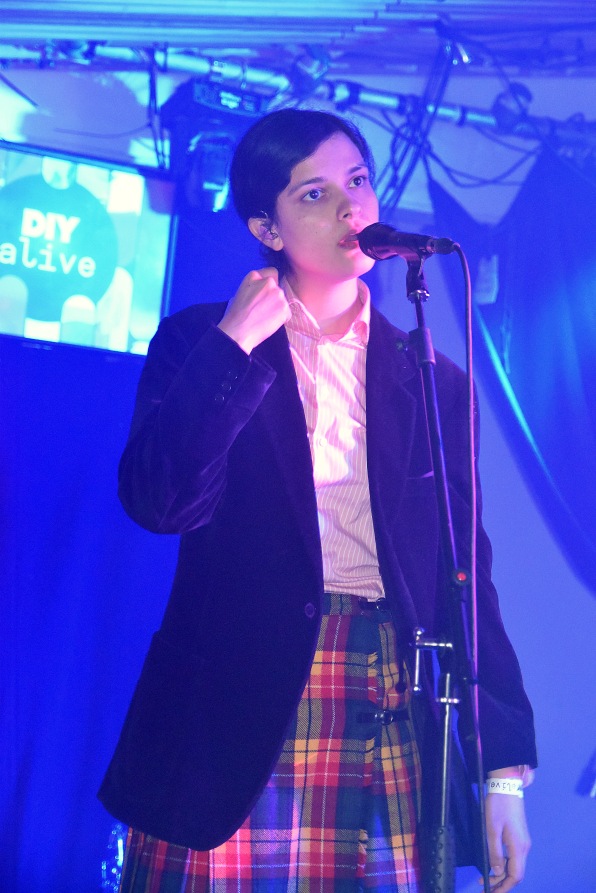 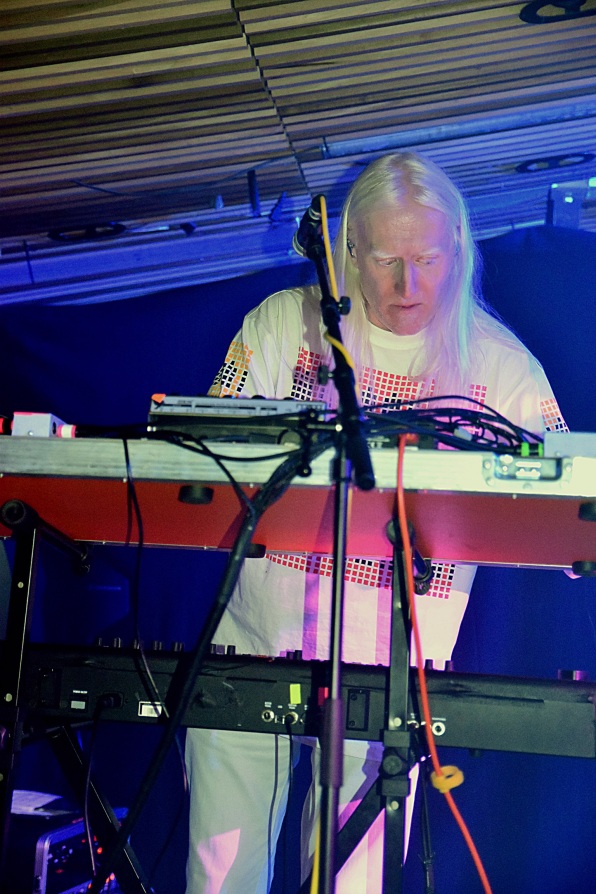 Big thanks to DIY for having us along. Their plan to bring ‘the spirit of DIY Magazine to the heart of East London’ an unquestionable success – look forward to seeing what next year brings.