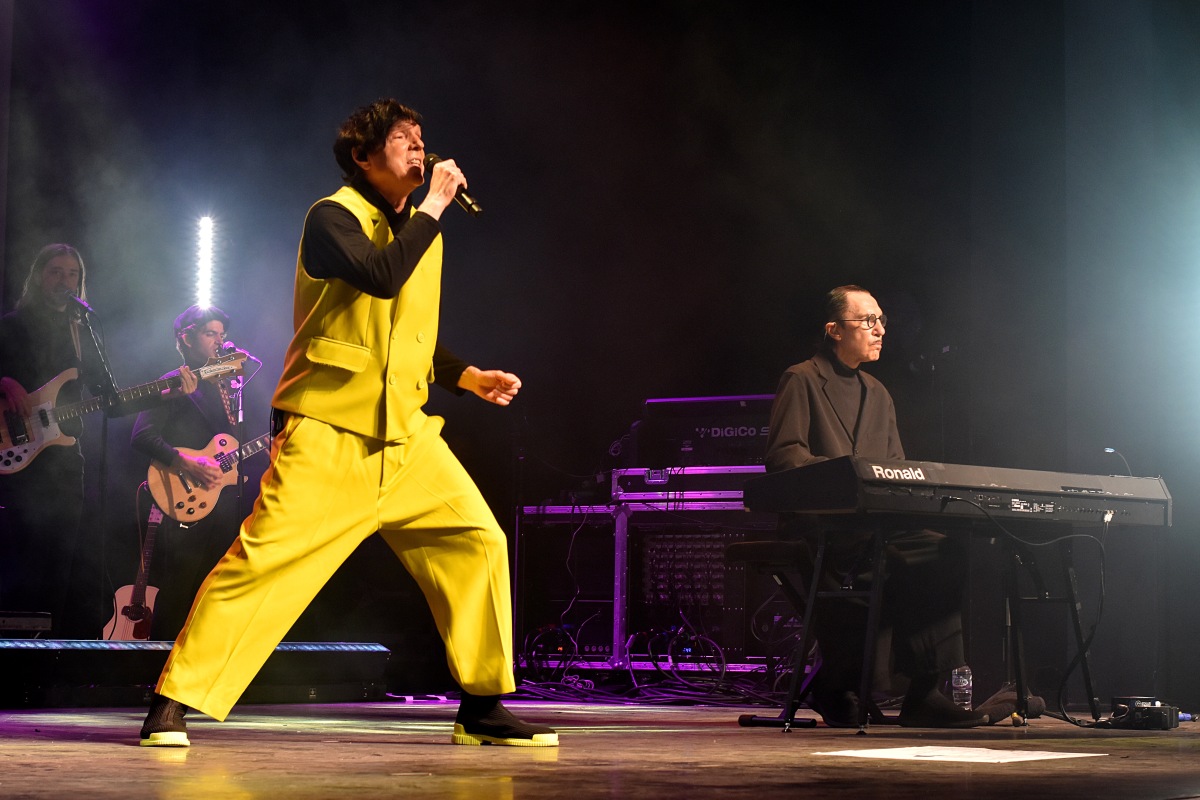 After decades of performing and making music that has consistently set rather than followed trends, this was always going to be something special, and as the Mael brothers arrive on stage it takes less than seconds for the crowd to erupt into a cacophony of cheers and declarations of love that will be maintained throughout the evening. 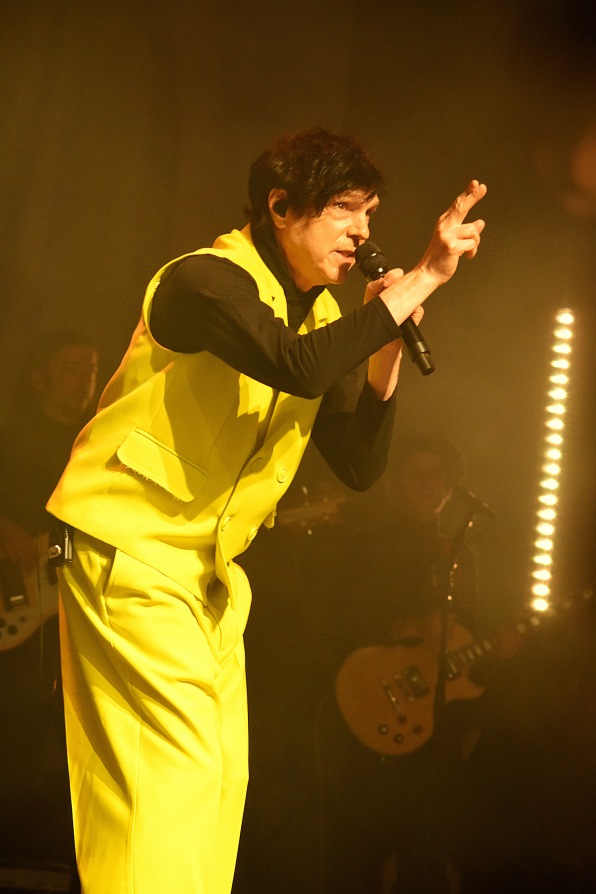 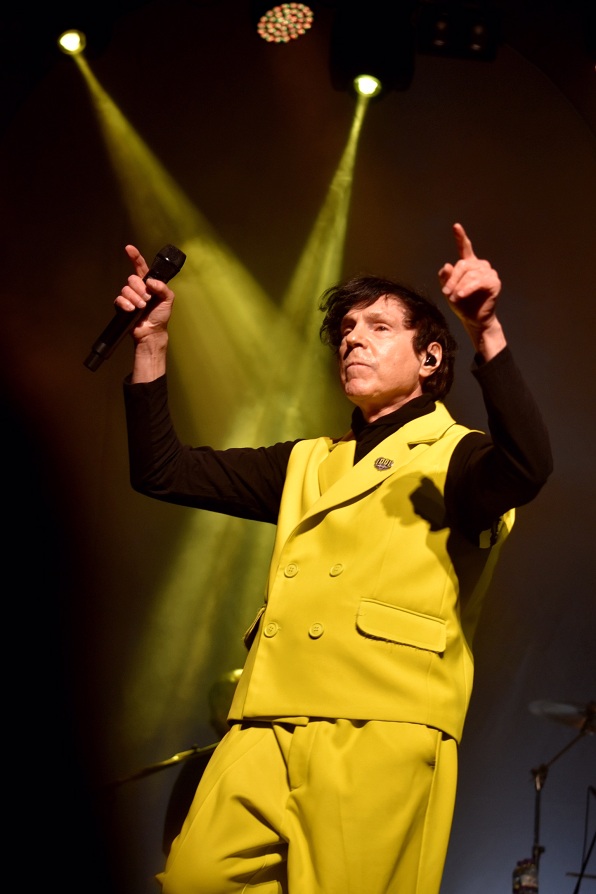 With a showcase of songs from different eras, there are classics, surprises and delights galore. Taking it right back to the start, Wonder Girl rubs shoulders with Edith Piaf and Johnny Delusional, while Russell pours his heart out to a hand mirror in I Married Myself.

Theatrics have always been integral to the Sparks’ brand, Russell the playful protagonist while Ron’s unsettling stare has been often copied but never matched. These days he rightly allows humour to take the forefront at points in the set, taking centre stage to share vocals on Shopping Mall of Love, and treating us to the famous ‘Ron dance’, a sight to behold; an artist deserving of their keyboards bearing the name Ronald instead of Roland. Still, Russell is the conversationalist, chatting to the audience about everything from the failures of the early days to the highs and lows of lockdown, including the film releases of The Sparks Brothers documentary and Annette, for which they composed the music. His shout out to Ron’s songwriting skills is a reminder of just how accomplished their back catalogue is, their latest album A Steady Drip, Drip, Drip maintaining the standard and showcased perfectly in the articulately dramatic Stravinsky’s Only Hit. With nods to operatics, vaudeville and the purest electronic glam, it’s obvious just how many other artists have been influenced by them along the way. 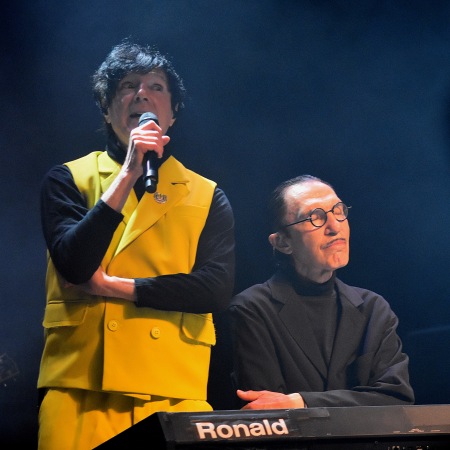 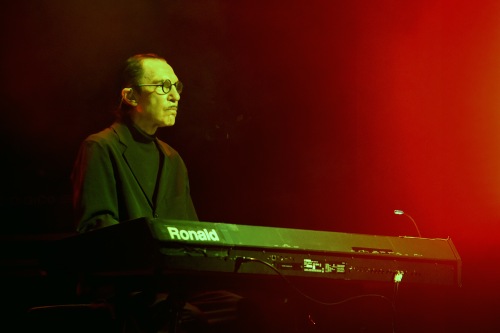 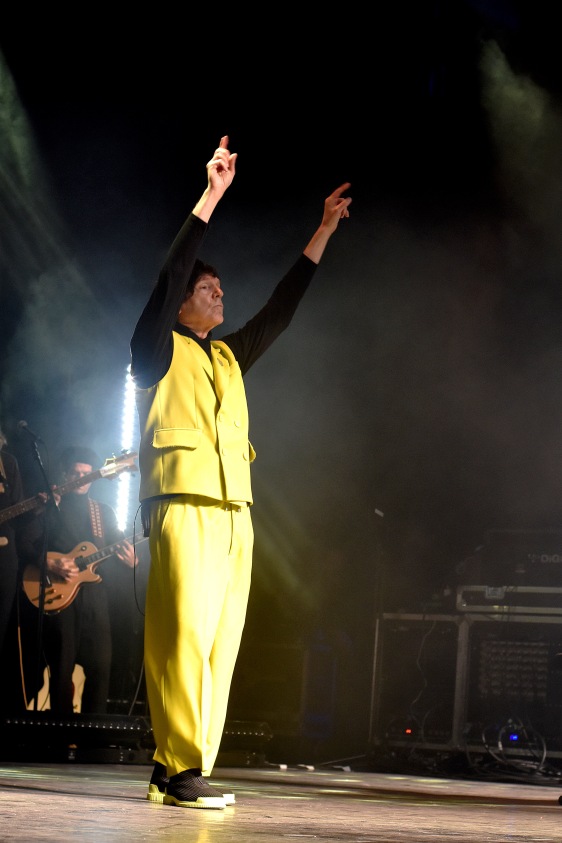 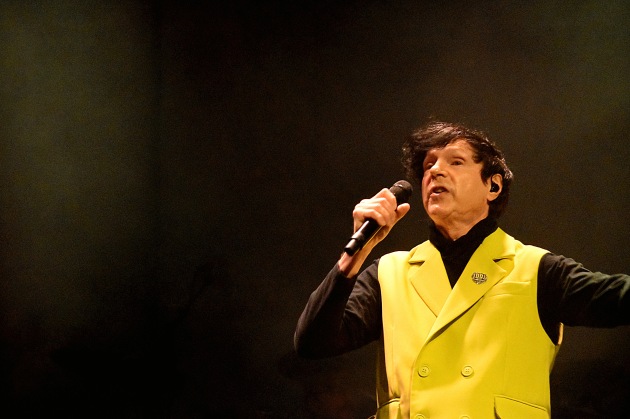 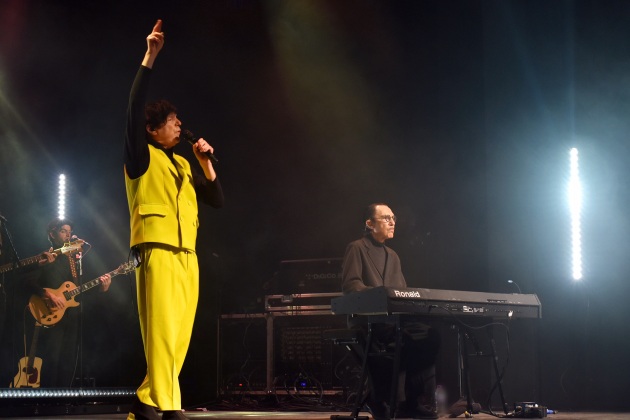 The two hour set culminates with the big hitters of The Number One Song in Heaven and This Town Ain’t Big Enough for the Both of Us – both as utterly iconic and timeless as the setting we’re in. Once the adulation from the crowd has eventually died down a little, Russell takes time out to thank the band and extol their individual talents. Of course, they’re never going to get away without an encore and return to complete an absolutely outstanding performance with Suburban Homeboy and All That. 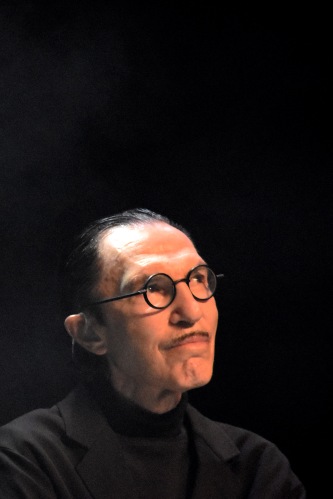 A night to remember for sure and a privilege to witness the phenomenon that is Sparks. When do they get to sing My Way? Any time they like, any song they like, they really have earned a space in the musical elite. It’s worth a mention that everyone from security to the ticket desk and merch stand at the De La Warr was really friendly and helpful too.

Difficult to adequately sum up the experience but, to steal a line from the final song, the show was ‘all that we’ve seen, we’ve heard, we’ve dreamed, all that, all that and more…’ 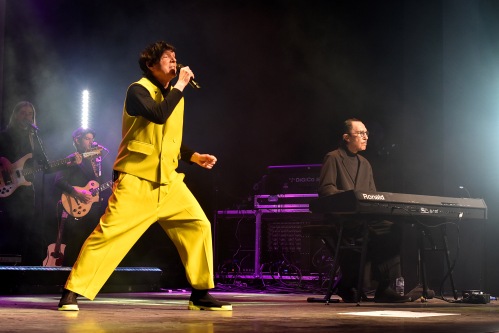 Sparks play tonight at The Roundhouse in London before heading across Europe.