Drawn in by The Clockworks’ balance of angst, humour and spiky tunes, we asked vocalist James McGregor about their music, influences and what’s going on in their world right now…

How are things with The Clockworks, where and how have you been spending lockdown?

We’re all well, thankfully. Three of us went back to Ireland for a bit to spend some time with our families over lockdown, but all four of us are back living together in London again now and working as much as possible on music.

Your Galway roots are often mentioned alongside the flux of new bands coming out of Ireland – what do you think’s driving the Irish music scene at the moment?

I’m not sure to be honest. There just seems to be lots of great bands from Ireland at the moment. It’s funny because we were writing and playing for years in old sheds in the West of Ireland, oblivious to the world and planning how we’re going to someday ‘make it’. Now years later you realise there were loads of other bands in Ireland doing the same thing at the same time and not only that, but they’re starting to make it actually happen too.

You’ve been signed to Creation 23 by Alan McGee, how did that come about and how much were you aware of his previous work and reputation when he made contact?

Sean sent McGee an Instagram message the week we arrived in London. He was really enthusiastic and a couple of weeks later he was at a rehearsal, and that was it.

We were completely aware of his work and reputation. Sean and I had both read his book Creation Stories and were massive fans of his work. I think it was a complete shot in the dark to message him, but that’s the whole game isn’t it?

Tell us about your latest single Can I Speak To A Manager – what’s the story behind it?

The story is basically about being delivered a faulty laptop, and the existential crisis that follows. Lyrically it started off with “My God what a palaver, I swear you could not write it”. I just liked the irony and how dramatic it was and I knew the story that followed it had to be really prosaic. 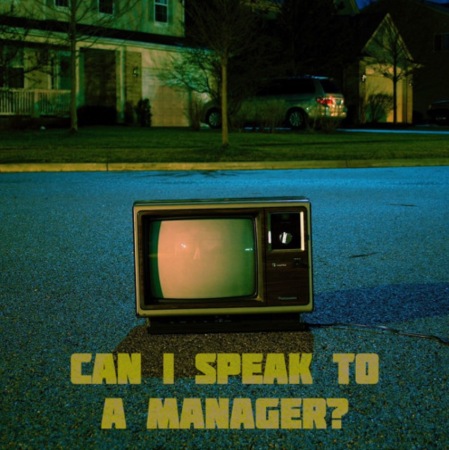 You’ve been championed by the likes of Steve Lamacq and Annie Mac, how does it feel to hear yourselves on the radio and get that kind of support?

Yeah it’s great. We really appreciate the support from BBC, they’re playing us quite a bit now and radio still seems to have so much pull even in this modern, streaming world.

It’s nice to see John Cooper Clarke regularly noted as one of your influences – do you have a favourite poem or line of his?

Yeah, to be honest he was the first poet that bridged the gap between my love of words and my intimidation in the face of poetry. One line I always wish I’d had is from I Don’t Want To Be Nice:
‘What you see is what you get
You only live twice
A friend in need is a friend in debt
I don’t want to be nice’

What are some of your earliest music related memories and which artists have stood the test of time for you?

One of my earliest memories is from listening to David Bowie – Starman with my family and being swept away by it. I always loved it. I think his music has stood the test of time. My parents used to play a lot of funk, and I think Nile Rogers seems to be as popular as ever which says a lot. The Velvet Underground, The Rolling Stones, Gil-Scott Heron…

First and last gigs you went to?

The first gig I can remember was a Pride Festival “Big Gay Out” in Finsbury Park in 2004. My whole family went and Fun Lovin’ Criminals were playing. It was either that or Busted in Wembley. I think the last gig I went to was The Libertines in Brixton Academy with my girlfriend. It was mental.

2020’s been a harsh year in many ways, what’s been good for you despite everything?

To be honest, despite the tumult, we’ve had a lot of good moments and we’ve been lucky so far this year. We’ve had the opportunity to write loads which is great, and we’ve released two songs over lockdown which have both been received well. Our first Radio 1 play earlier in the Summer felt great. And it’s just been amazing to see our music connecting to people more and more.

And lastly, assuming restrictions continue to lift, what are your hopes and plans for The Clockworks in the coming year?

Keep writing and releasing, and hopefully get back on tour for some gigs. It’s impossible to plan too much at the moment. We’re just looking forward to gigging as much as we can.

Catch up with The Clockworks here and watch the video for Can I Speak to a Manager? below