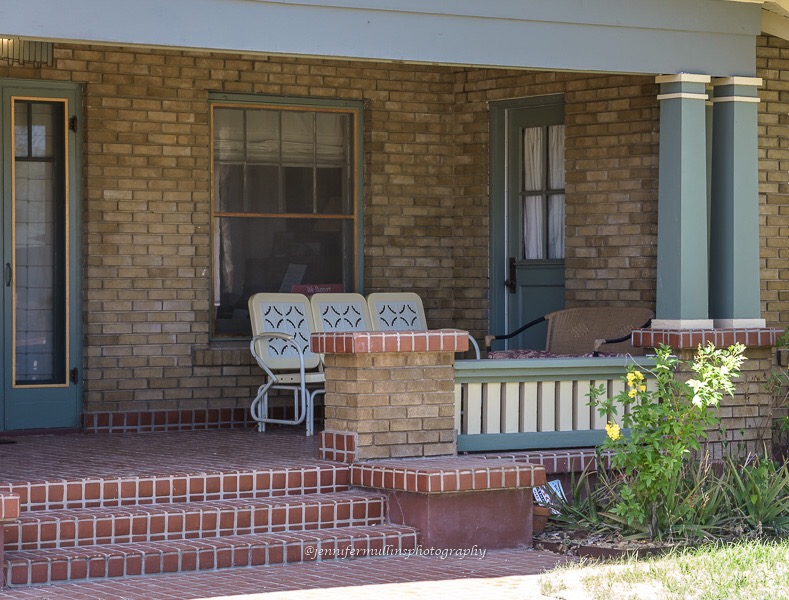 Days Gone By: Porches of Phoenix
by Jennifer Mullins

Phoenix, AZ, is a city that spreads out into the suburbs instead of up, partly because the airport is adjacent to downtown. With all the music venues closed due to Covid-19, I decided to explore the historic neighborhoods in downtown Phoenix. Each neighborhood has a unique name, such as Roosevelt Historic Neighborhood and F.Q. (Francis Quarles) Neighborhood, to name a couple. Unlike the suburbs, the architecture of each house is unique. 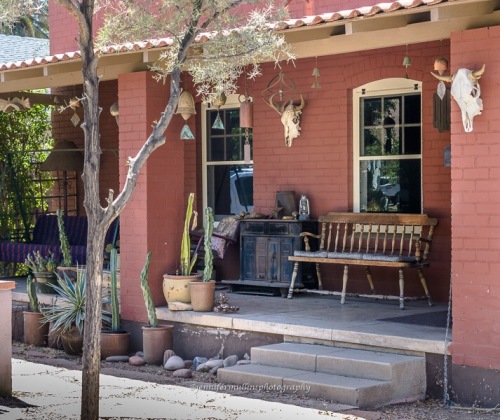 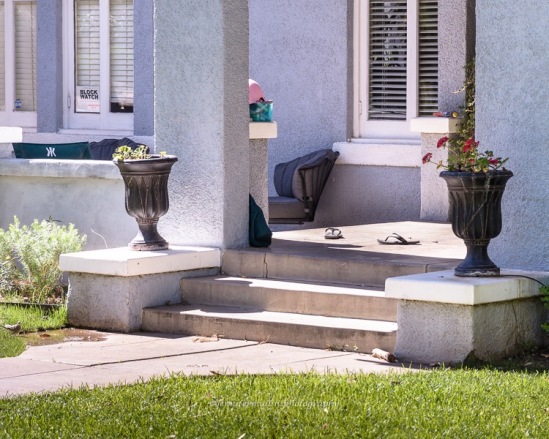 The houses are late 19th / early 20th century in the style of bungalows and craftsman. The more houses that I photographed on these empty quarantined streets, the more I realized that I began to focus on the porches. Most cookie-cutter suburban houses do not have porches. These porches were decorated in a way that looked so inviting. I could see myself sitting there daily, enjoying talking to neighbors, or watching the world go by. On one walk, there was a socially distanced concert, before the summer heat descended, where La Luz de la Luna performed in front of their house and the neighbors sat on curbs and porches to enjoy the show. 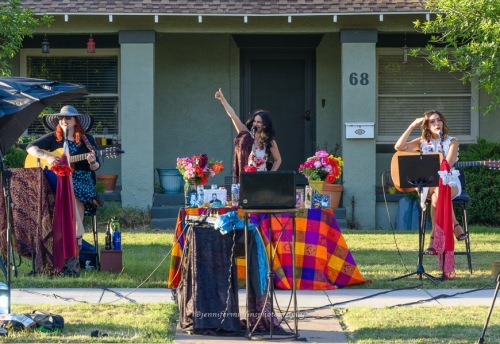 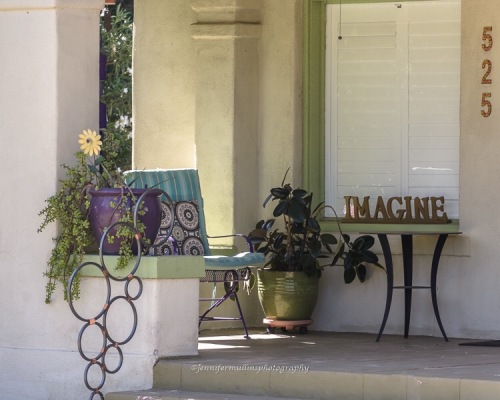 Downtown Phoenix, with its historic areas, music and arts venues truly is a gem in the desert. 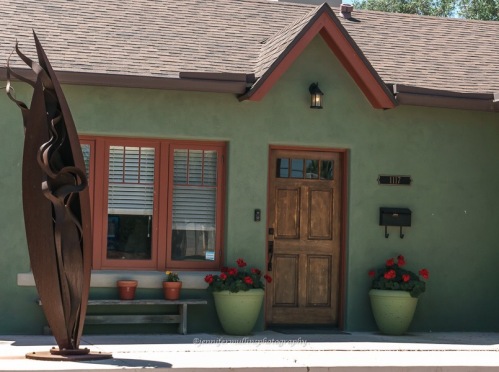