Following the slow drip of tantalising singles over the last couple of years, Dublin’s Silverbacks finally release their much anticipated album Fad today. If you’ve not heard the band before, opening track Dunkirk is a fine introduction, all spiky guitars and spoken lyrics, flavours of The Fall and Sonic Youth easing their way throughout the song. Further into the album, Just In The Band depicts the tale of Bowie and Iggy Pop’s friendship which is surely worthy of consideration. Lots of influences abound but Silverbacks manage to shape -shift these into their own enigmatic sound, a fad worth getting involved in.

Fad is available now on Bandcamp or via your local record shop. Live dates are being rescheduled for 2021, in the meantime check out the album and watch the video for  Pink Tide here. 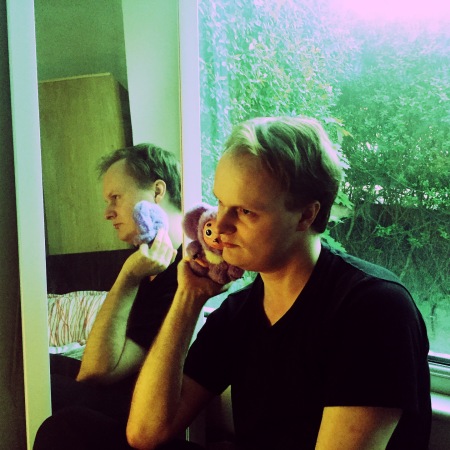 Most recently seen as touring keys player in Goat Girl and a member of Tiña, featuring on Speedy Wunderground’s latest excellent release, Pet Grotesque has spent much of lockdown working on his second album. If new track Scratch is anything to go by, it will be one to watch out for. Mixing gnarly psych undertones with dreamy lo-fi pop sensibilities, Scratch sounds like the soundtrack to a balmy summer evening with just a hint of menace. The forthcoming album is mixed by PVA’s Josh Baxter, promising another layer of genre-fused finesse.

Stalwarts of electro-pop, Erasure release a new track this week as a precursor to their album The Neon, due to be launched into the world next month. Long time fans of the band need not worry that they’ve strayed too far from what they know and love. If anything, Shot A Satellite is testament to the heady days of the 80’s dancefloor, looking set to stick in your head and prompt a listen to material old and new. Speaking about the new songs and the use of older instruments and machines, Vince Clarke says, “There’s a warmth to them. There’s also a real beauty in putting different analogue synthesisers together, too – a Pro-One, a Sequential Circuits, a Moog – they give this lovely sheen… It was about refreshing my love – hopefully our love – of great pop. I want kids now to hear these songs! I wanted to recharge that feeling that pop can come from anyone.”

The Neon is scheduled for release on 21st August via Mute Records, you can pre-order the album here and watch the video for Shot A Satellite below.

We had a lovely chat to purveyor of infectious, quirky electro-pop, Tom John Hall. Join us to find out more about his latest album, fundraising during lockdown with arts collective Year of Glad & the hidden treasures of Derby - link in bio.
Loads of great new music recommendations this week from:
Photographers - show us your high street!
‘It’s an emotional listen, like peeking at the pages of someone’s diary’ - Ryan Bell reviews For Those I Love, a tough journey through friendship & grief, but a stunning album nonetheless - link in bio.
Hey, hey, our April cover is up now & we’re looking for new music writers & photo submissions, link in bio.
Photographers! Our next online gallery is open for submissions now until 9th April. The theme is the high street. What’s your favourite shop? Do you have images of busier times or the impact of lockdown? More info below if you’d like to join in.
After the disappointment of last week’s festival announcements, I wrote about the inclusion imbalance across minority groups.
Some big old new music recommendations for you this week from Holiday Ghosts, Paul Jacobs, Barnaby Keen & Hooveriii - enjoy & have a great weekend! All tracks on the website now, link in bio.
As The Underground Youth return with sublime new album ‘The Falling’, we chat to Craig Dyer about what keeps the band moving in new directions, their partnership with Fuzz Club Records & life in Berlin - on the website now, link in bio.