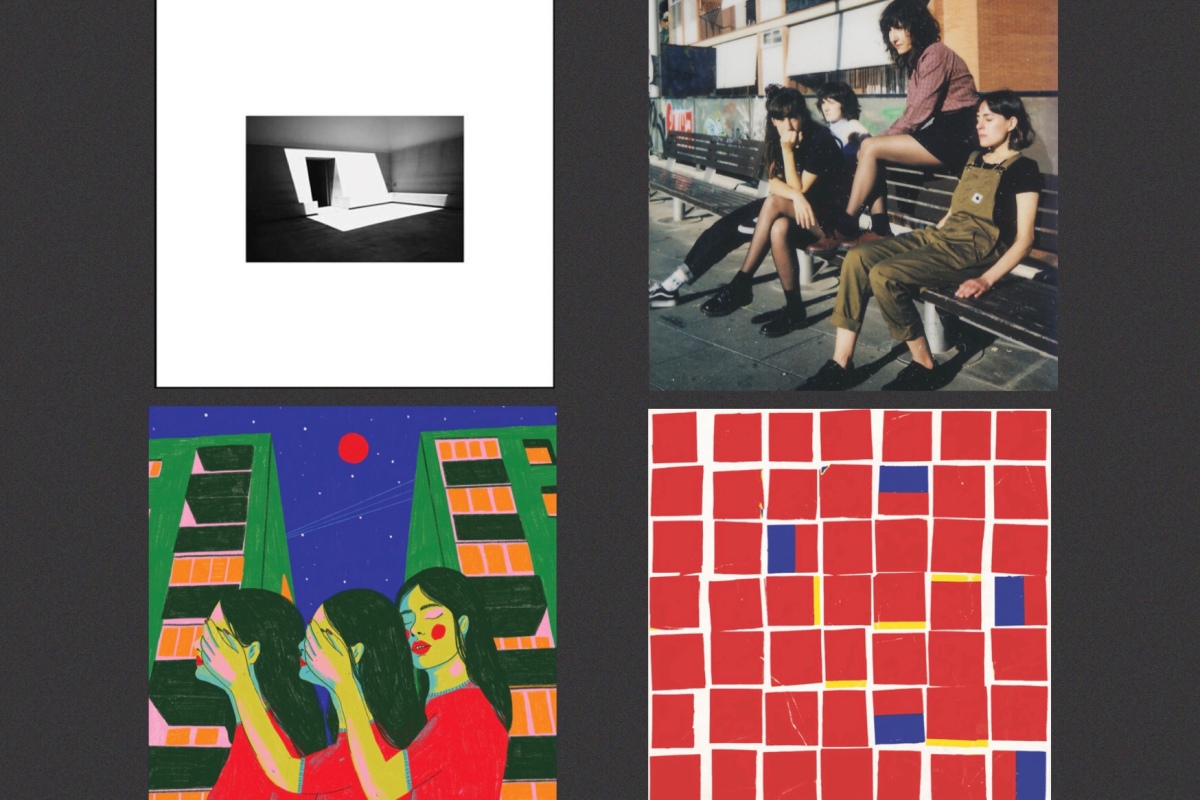 Ahead of the release of their much anticipated debut album Architecture in a week’s time, Ist Ist’s new single is out today. Silence is the latest in a succession of strong tracks from the band, the intro reflecting back the sound of past Manchester neighbours Joy Division. However despite some inevitable comparisons, Ist Ist are developing their own very recognisable style, a dark optimism creeping through their lyrics and music that suggests the album will be an accomplished body of work. There are live dates in the pipeline for October/November and in the meantime, in lieu of a regular launch event, the band will host a listening party at 7pm on the eve of release, 30th April – details on Facebook.

Architecture by Ist Ist will be released on 1st May via Kind Violence Records; pre-order here and watch the video for Silence  below

If some European electro indie-pop sounds like it might make the world a better place right now, then the new single from Melenas may be just what you’re looking for. Hailing from Pamlona in Spain, the four piece are adept at creating simple, catchy tunes that hold the sophistication of the likes of Stereolab and Saint Etienne. Discussing latest track Primer Tiempo, the band explain, ‘The song talks about the moment before making a decision, the moment BEFORE EVERYTHING. You are in your bedroom, and you feel there is a fight between your dreams and your desire to make them happen. You walk around your bedroom and you listen to songs that talk about the same feelings that you have, just to encourage yourself to ‘do it, do it, do it, tell that person something now!’ When you finally do it, it works! Later, you will remember that moment, which was the Primer Tiempo, the first time.’

Dias Raros by Melenas will be released digitally on 8th May, with physical orders following from 5th June via Trouble in Mind Records; pre-order here and watch the video for Primer Tiempo below

With their latest single Who Are You? Diet Cig offer up a sugar coated ode to being treated badly, an unlikely combination that triumphs good over bad in three and half minutes. Their music has developed to sound more self-assured and unashamedly pop infused. Second album Do You Wonder About Me? is released next week and promises to lift the spirits with tunes reminiscent of The Photos or Altered Images with some New York sass; tour dates are currently rescheduled for the Autumn. Speaking about the single, the band say, ‘Who Are You?’ is for anyone who’s ever received a completely self-serving apology from someone who’s hurt them. I learned that healing doesn’t wait for an ‘I’m sorry’ to appear, and it can feel silly to have one arrive when you’re completely over it. This song takes these bad feelings and turns them into a fun upbeat jam to dance around in your kitchen to!’

Do You Wonder About Me? by Diet Cig is out on 1st May via Frenchkiss Records; pre-order here and listen to the audio for Who Are You? below

One Last Saturday Night is out now from Doomshakalaka, the brainchild of Paul Rafferty, who you may be familiar with as the former vocalist and bassist for Liverpool indie outfit Hot Club De Paris. The track forms part of a collection of songs that have been in the making since 2011 and will finally greet the world on his upcoming album. With track titles including The Lost Homework of Isabella Perez and I’ll Kill You Motherfucker, there must surely be high hopes for the rest of its content. One Last Saturday Night builds suspense as you wait for the vocal to kick in and, when it finally does, it’s satisfyingly refreshing with hints of nostalgia to a mix of eras past. Paul explains, ‘It’s a love letter to the past and the feeling of possibility we experience in youth. Adulthood is a cliff we sleepwalk off and responsibility lurks below. You can try and fall for as long as you want, but at some point you’ll plunge into the analogous sea. What if you could go back for one last lost weekend, before the free fall of real life and responsibility?’ It’s worthy of note that the video was shot in line with current quarantine restrictions by his girlfriend on an iPhone whilst Paul and scene-stealer Pettibon the dog took a walk near their home; an impressive use of daily exercise.

The self-titled album from Doomshakalaka is released on 5th June via Moshi Moshi Records; pre-order here and watch the video for One Last Saturday Night  below