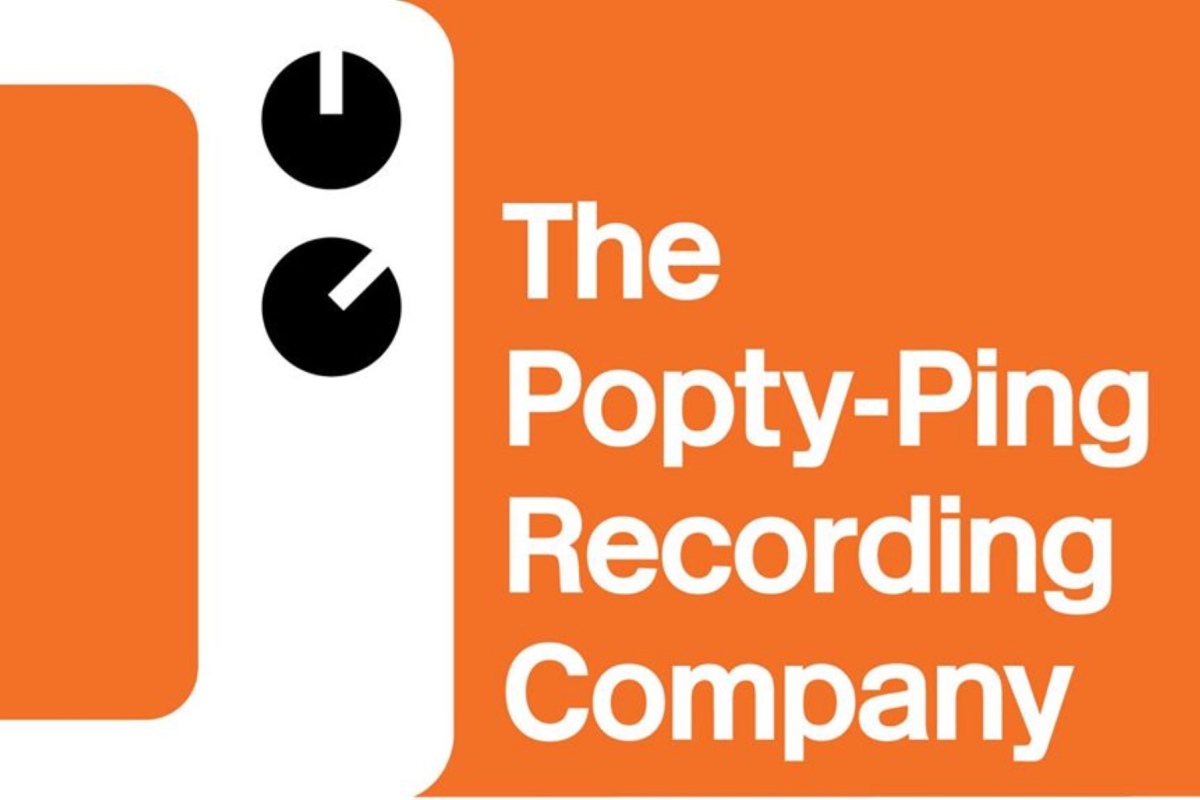 Ever wondered how to set up a record label? When Andy Black had that thought he may not have taken the most conventional route but it’s working out well so far for DIY outfit The Popty-Ping Recording Company. Andy runs the label with two friends, Matt Jarrett and Dan Orton and together they release limited edition 7” singles, each as a one off project by a different artist. With flourishing music scenes developing around them in Wales and the North West, there’s a wealth of talent to choose from – artists featured so far are made up of the wonderfully eclectic mix of Shy and the Fight, Mowbird, Trecco Beis, Gintis, CHROMA and Red Telephone. We wanted to know how it all began, what’s driving the surge in great Welsh music and where it goes from here…

Tell us about Popty-Ping – how did it all start and who’s involved?

Andy: As with the best of such plans, it began as a drunken pub idea. A mutual friend had introduced me to Shy and the Fight (our first signings); after hearing a demo and seeing a gig I was amazed no-one had shown any interest in them so, after several beers, it seemed a brilliant idea to start a record label to put them out. We drunkenly wondered what the daftest name in Welsh could be, and the Popty-Ping Recording Company was born. Knowing nothing about records or graphic design, I persuaded Dan to design me a logo and sleeve. Radio 1 played the first record in the week it broke, so it seemed so much fun we’d do it all over again with a second band and they did a Marc Riley session for 6 Music. I couldn’t afford to pay Dan for graphics so persuaded him to join in with me and make it a partnership (his knowledge of Welsh music is pretty encyclopedic). Then I hit on an idea of setting a target of nine releases, and putting them all onto a compilation LP called Nine Modern Poets (my grandad released an successful poetry book of the same name – so a modern reflection on the same topic). By the time of the fifth record, we spoke to Matt so much about things it seemed wise to bring him in also. And so now there are three of us. The plan is to release nine of the current 7″ singles and then see what happens next I guess.

Have you got a wish list of artists you want to work with or does it just happen organically when it comes to looking at your next release?

Andy: Hmm kind of… there have been bands we’ve wanted for years and not got, some we’ve worked to develop a great release and others we literally heard a demo, reckoned it brilliant and begged them to let us release it.

Matt: I’ve usually got my eye on two or three but it’s usually down to timing I guess.

How did it feel back in 2012 when you put out your first single and what was the reaction like?

Andy: Both the scariest and proudest thing I’d ever done. I remember the records being delivered and just looking at boxes of orange vinyl and suddenly worrying, ‘What if I’m the only person who thinks this is any good?’… But then it got played on Radio 1 within a week, people all over the world we didn’t know bought it and Dan even heard it when he went to the Olympics that summer. The reaction to the Shy single was just lovely, I somehow thought it would take three releases to get it on Radio 1 and we did it in a week. I’m still really proud of it and think it’s a bloody great release, it’s probably my girlfriend’s favourite of our releases.

There seems to be loads of new talent coming out of Wales at the moment, what do you think is driving this and who should we look out for?

Matt: People. There’s amazing artists but also an outlet for them. I can only speak for South Wales but schemes like Forte Project and Horizons help highlight acts and are run by knowledgeable and passionate people. Liz and Sam at The Moon in Cardiff and Le Pub in Newport are willing to give new bands a stage and are hugely supportive in addition to the team behind Clwb Ifor Bach and Swn. There’s also a strong DIY ethic with bands and promoters that means that nobody sits around twiddling their thumbs. Things happen. You then have labels like Libertino and Bubblewrap consistently releasing amazing music. The common thread is wonderful human beings with a love of music, doing things for the right reasons.

Andy: Yeah, I think a really great developing network for artists and music seems to exist in Wales. From Horizons and Forte to Focus Wales, Adam Walton and Rhys Mwyn. And we’ve had a lot of help from our peers. People like Nicky Wire from the Manics buying our records has exposed us to a much larger audience. I don’t think my 19 year-old self would have ever imagined that could happen, it is amazing when we’re still so tiny and DIY. Finally every band we’ve put out have almost become family, which we’re also really very proud of. I don’t think I could have asked for nicer people in our bands which is a notable guide to anyone wanting us to release them. 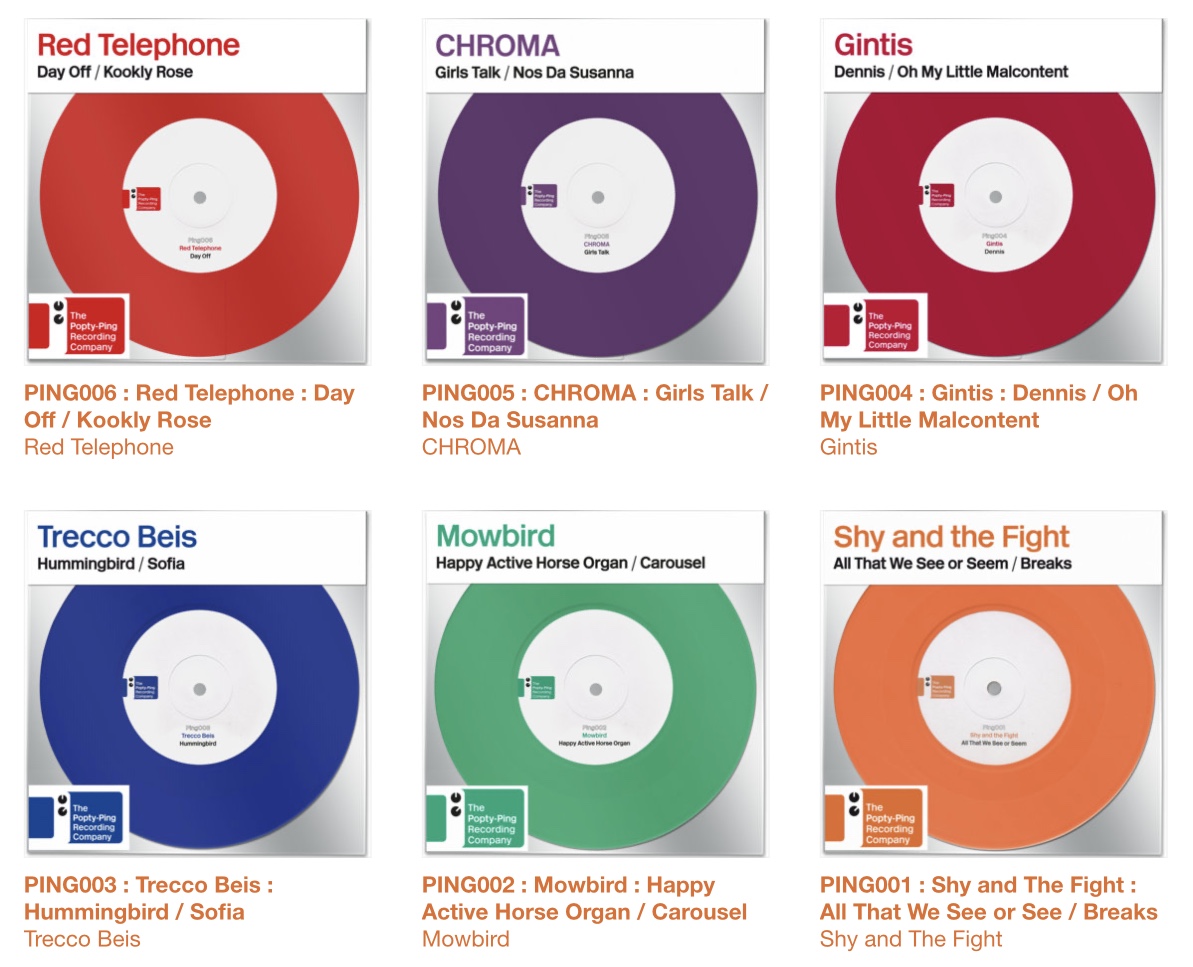 Releasing on vinyl has had a big resurgence in popularity, is it getting easier to press and distribute?

Matt: Press, yes. Distribute? With 7″s, I’m not sure. The whole industry is changing and you just need to do anything you can to get people to notice you. Anyone want a tote bag?

Andy: Matt knows much more about vinyl popularity than me (he sells it every day, running Diverse Vinyl in Newport), the tote bags are bloody lovely too and highly recommended – and available on our Bandcamp. Thanks to the Welsh Assembly and Pyst, the process for 7″ distribution is much easier than ever before.

Your latest release introduced us to the wonderful Red Telephone – it must be satisfying to help promote artists you like?

Matt: Absolutely, it’s why we do it. We don’t make money from this. Anything in the bank goes straight into the next release. For me, watching five bands we’ve worked or are working with at our Christmas party makes it worthwhile. Five, fairly different sounding, brilliant acts and fantastic people that we’ve done our bit to push forward and to introduce to a wider audience.

Andy: Ah man, the Red Telephone record is probably the first release we all agreed from the instant we heard it. That Christmas party was so much fun, seeing a room of people you don’t know who’ve paid to come and watch a night of your record label was a really special thing. That’s why we do it I guess. Watching CHROMA continue to develop and grow after our release is also pretty amazing, the only thing I can compare it to must be your old school teacher seeing you’ve done good.

And what’s next for Popty-Ping?

Matt: The next big thing…

Andy: We’ve got three more singles in the Nine Modern Poets plan to release. There’s some more T-shirts coming (we’ve some collaborations in the pipeline on that front), and if Gintis ever finish their LP (they’re recording it with Bill Ryder-Jones) we’d be keen to try and get it a bigger audience.

You can check out all the singles and merch so far on Popty-Ping’s Bandcamp (those tote bags really are good) and give them a follow on Facebook, Twitter and Instagram to catch the latest news and releases as they land.