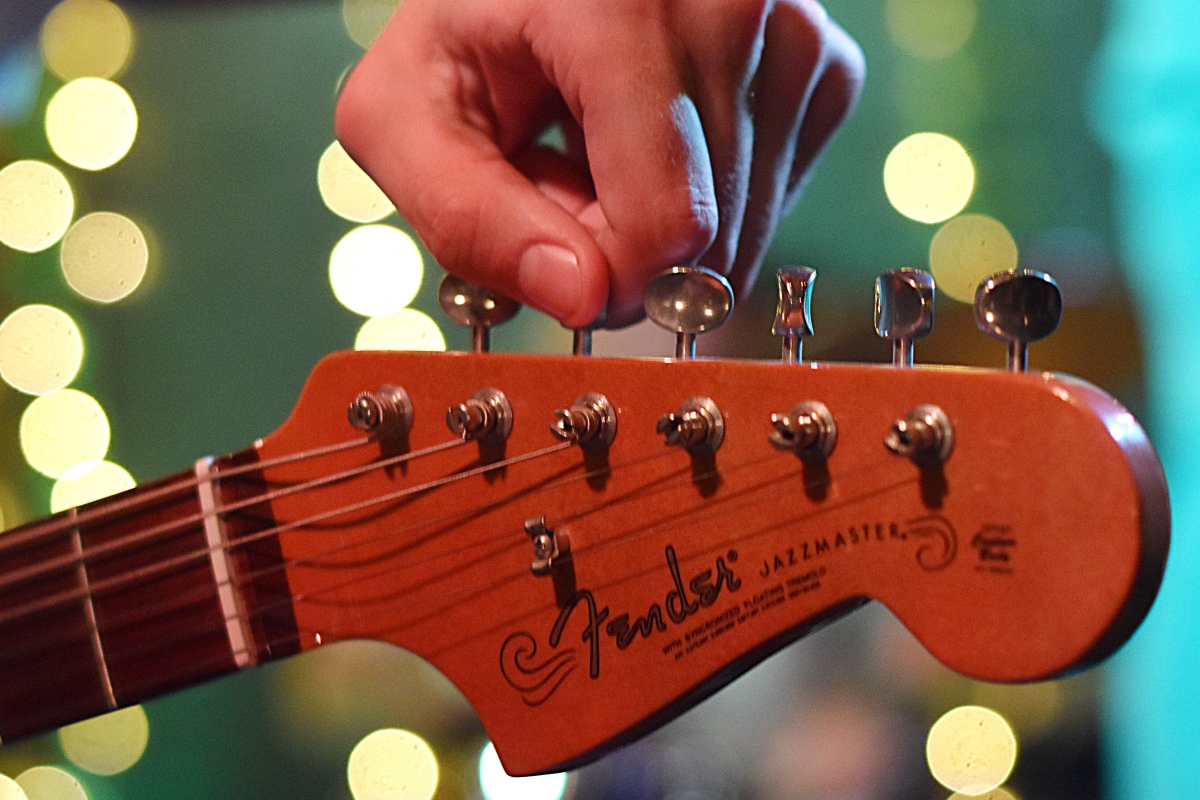 2020 has been the year that no one would have been able to predict. If someone had told me last year that there would be a deadly disease that would spread across the entire globe resulting in millions of deaths and in a raise of unemployment and potential poverty for thousands – I would have thought that they had just told me the outline to a new apocalypse movie conceived by Hollywood film writers. However, that is the unfortunate reality that many of us find ourselves in this year. Many people and industries have been affected by this pandemic in different ways. I talked to two musicians who are at the beginning of their journey within the music industry to see how the global Coronavirus pandemic has changed their lives this year. I spoke to Nottingham’s Connor Harrsion, a solo artist who goes by the pseudonym Stature. Connor produces innovative garage music available to listen to on Spotify. I also spoke to Wakefield’s Andrew Horn who is a multiple band member of two folk bands, Aelfen and Moss, and modern-rock band Possum whose music is available to listen to on Spotify and Bandcamp.

For many musicians there have been a number of challenges that they have had to face due to the current pandemic. The main and potentially disastrous challenge is the cancellation of concerts and tours for these artists. Live performances serve as a main source of income for many musicians and are a vital lifeline for smaller solo artists and bands that are trying to earn a living within the music industry. Solo artist Connor Harrsion revealed that many of the musicians that he knows personally, or would have worked alongside prior to the pandemic, have had to sadly find alternative jobs within the music service industry or elsewhere due to no longer having the means to support themselves as musicians because of the effects of the pandemic on people’s livelihoods. Andrew Horn told me that, “It was when a gig for my band Moss was cancelled in Todmordon that I realised things were going to be very different for me.” This was one of the first cancellations that Andrew and his band members had to face this year as well as his third tour with his band Possum cancelled and a venue for his folk band Aelfen to play at what would have been 2020’s Boomtown festival also cancelled, following the UK restrictions on large outdoor events and temporary nationwide lockdowns. There were many musicians facing the same issues as Andrew as events and tours were cancelled resulting in a loss of income for many. However, Connor Harrsion noted an inventive way that many musicians have been able to still secure some income and revenue. Many bands and solo artists have opted to host live performances over social media, utilising formats such as ‘live mode’ on social media platforms like Instagram, as a way to gain donations to allow them the funds to keep on making music for their fans and continue to work in a profession that they love. This mode of virtual performance displays a temporary solution to the challenges posed by this current pandemic displaying the creative ingenuity of our favourite artists and bands.

Additionally, Connor revealed to me that his solo work as Stature creates a current source of income through streaming services. “A lot of people have been listening to more music which means more streams and royalty income,” Connor then stated; “which is generally nothing in comparison to what a musician would earn playing live”. For example the streaming service Spotify provides a rate of £0.0028 in royalties for one stream so it would take one thousand streams for a musician to earn £2.80 in royalties. Therefore, it is important to note that the revenue made from streaming services and virtual performances does not compare to the income a musician would earn from in-person live performances. Andrew told me that he believes that live in-person performances could still happen during the pandemic in a safe and Covid-secure way by utilising social distancing measures. This would then allow for many musicians to earn a liveable wage once more, provide business to venues and event holders and keep fans happy. This revelation came to Andrew during his time performing at the Cloth Cat Open Mic Night at the Packhorse in Leeds during the summer, when the UK restrictions temporarily relaxed. The event implemented socially distanced measures such as audience members had to sit at tables in groups no larger than six and wear a mask whenever walking about the venue. Andrew told me that, “all our lives we have taken things for granted like live music and it’s only now that there are restrictions that we realise the importance of such things!”. From this experience Andrew believes socially distanced events could be a new and profitable future for the music industry and we could once again appreciate the pleasure and importance of experiencing live music. These types of performances would supply a means of overcoming some of the most damaging effects of the pandemic as these socially distanced events would allow for the music industry to regain business and for musicians to once again earn a liveable income.

As I discussed the obstacles set by the pandemic with both Connor and Andrew they both noted some positives that have also arisen from this uncertain time. For Andrew, during the first UK nationwide lockdown he was unable to meet and rehearse music with his fellow bandmates. Andrew decided to utlise this time instead to work on his first solo album which will be released and available to download on Bandcamp. If it was not for the lockdown, therefore, we would not be gifted with this fabulous new album by Andrew Horn. Connor also stated that the free time that lockdown provided allowed him to work on new music. He also noted that because of the free time that many people have found themselves with during lockdown that “new labels are popping up and have been on the hunt to add to their roster so that in a sense it’s created a higher chance for smaller artists getting noticed”, a silver lining therefore for new musicians looking to be signed. It is evident then that along with the negative effects that the pandemic has created there has also been some positive impacts made on the music industry. Solo artists have had more time to create and release new music which will no doubt keep fans smiling. New businesses such as new record labels have been founded providing more opportunities and business for musicians.

Throughout this apocalyptic Hollywood movie that has somehow seemed to become the reality that our society is living in, there have been numerous effects evident that the pandemic has created upon the livelihoods of musicians and the music industry at large. Such as, some positive effects: brand new music being created and the introduction of virtual performances as a new means to experience music, and some negative effects: the loss of jobs and incomes. However both Andrew and Connor share a consensus that the future remains hopeful and, once some of the disastrous effects of the pandemic begin to de-escalate, then these talented musicians can continue with their livelihoods without disruption and fans can once more enjoy the thrilling venture of listening to new music and watching live performances.

You can listen to Stature and Possum on the links above; Andrew’s solo album is due for release soon.