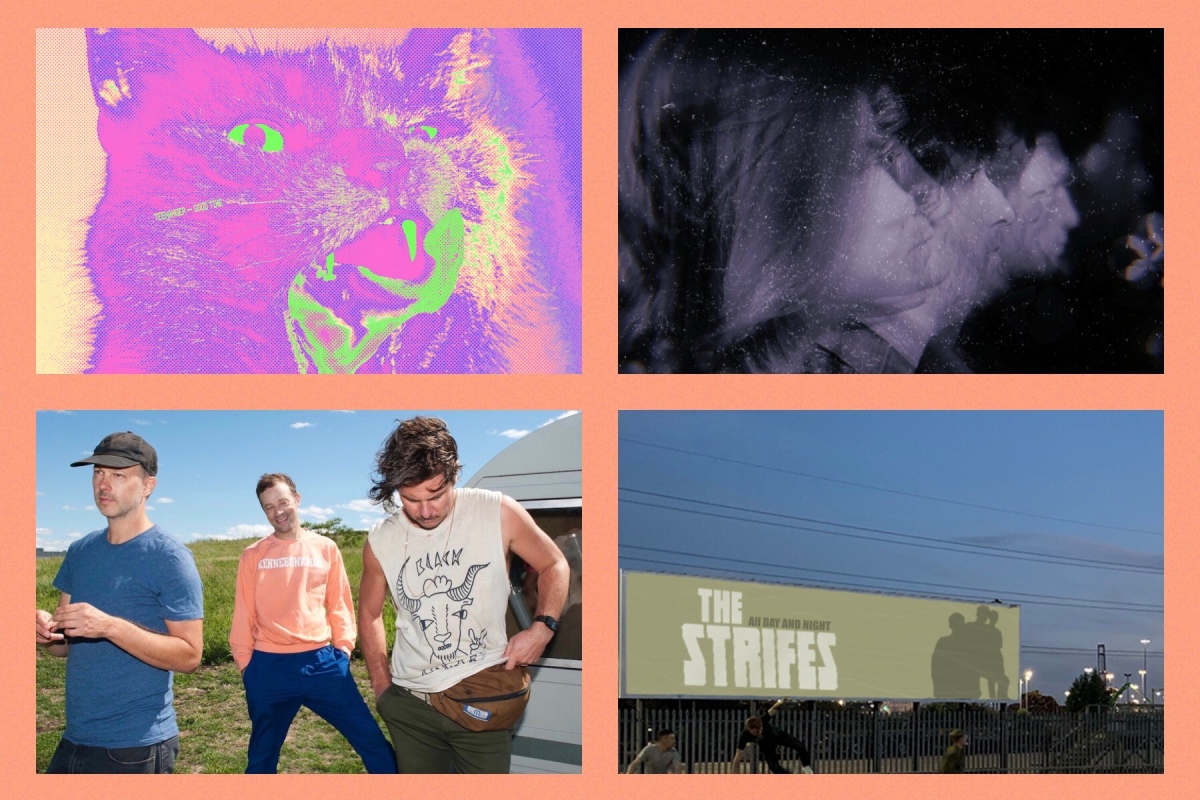 New releases – Teenanger, in earnest, Plants and Animals, The Strifes

A new album out today from Toronto post-punks Teenanger showcases their development as a band along with an eclectic bunch of very accessible songs. Opening track Beige has hints of Joy Division until the dual vocals take things in a different direction, while recent single Touching Glass plays more to the alt pop audience. As well as making music, Teenanger are keeping the DIY ethos alive, running their label Telephone Explosion and operating a pay-what-you-can studio. The album has been a long time in the making yet retains a sense of urgency, warning of environmental damage and the reliance on technology while giving us some energy filled tunes to ease the pain.

Good Times is available now on Telephone Explosion, watch the video for Touching Glass below.

We’ve previously featured the gorgeous tracks that Southend trio in earnest have released during the year and it’s a pleasure to see their debut EP coming to fruition next week. Fans of the band will already be familiar with the three singles and can look forward to another three equally compelling songs. Whilst the subject of mental health is far from being as taboo as it once was, it’s encouraging to find artists who are comfortable in being open about the difficulties around the struggles involved. Closing track The House encompasses all that in earnest are about, Sarah’s vocal sitting perfectly with from the heart lyrics, ‘These walls remember all that’s said and done, and my heart has chambers where the sadness runs’.

in earnest release their self-titled EP on 7th October, listen to 29 here.

Ahead of the release of their latest album The Jungle later this month, Montreal’s Plants and Animals have shared new track Love that Boy this week. From the outset, it creates a dreamlike atmosphere with hazy layers of guitar and a soft drumbeat. The song contemplates growing from childhood to becoming part of a different family unit, Warren explains, “It’s a song about my family, present and past, but it feels more like a meditation. I was upset, frustrated and feeling like no one knew me – the kid me, the me I still feel I am. And then writing the song chilled me out and put me right. It was a way to connect with my dead parents and with my new life as a dad, and to give everyone a proper hug.” The musical hug it provides offers a good indication that the album will be a welcome addition to the chaos of 2020.

Plants and Animals have live dates planned for February 2021. The Jungle is out on 23rd October on Secret City Records, watch the video for Love that Boy below.

The Strifes – All Day and Night (single)

Hailing from the Southampton scene, The Strifes release debut single All Day and Night today. Pitching classic indie with a hint of Dandy Warhols-esque nostalgia, the three piece have captured a fresh energy filled sound that suggests there are festival anthems to come when that’s a possibility once again. A strong shot from the starting blocks for a band that only formed in May – keep an eye out to see what comes next.

Listen to All Day and Night here.