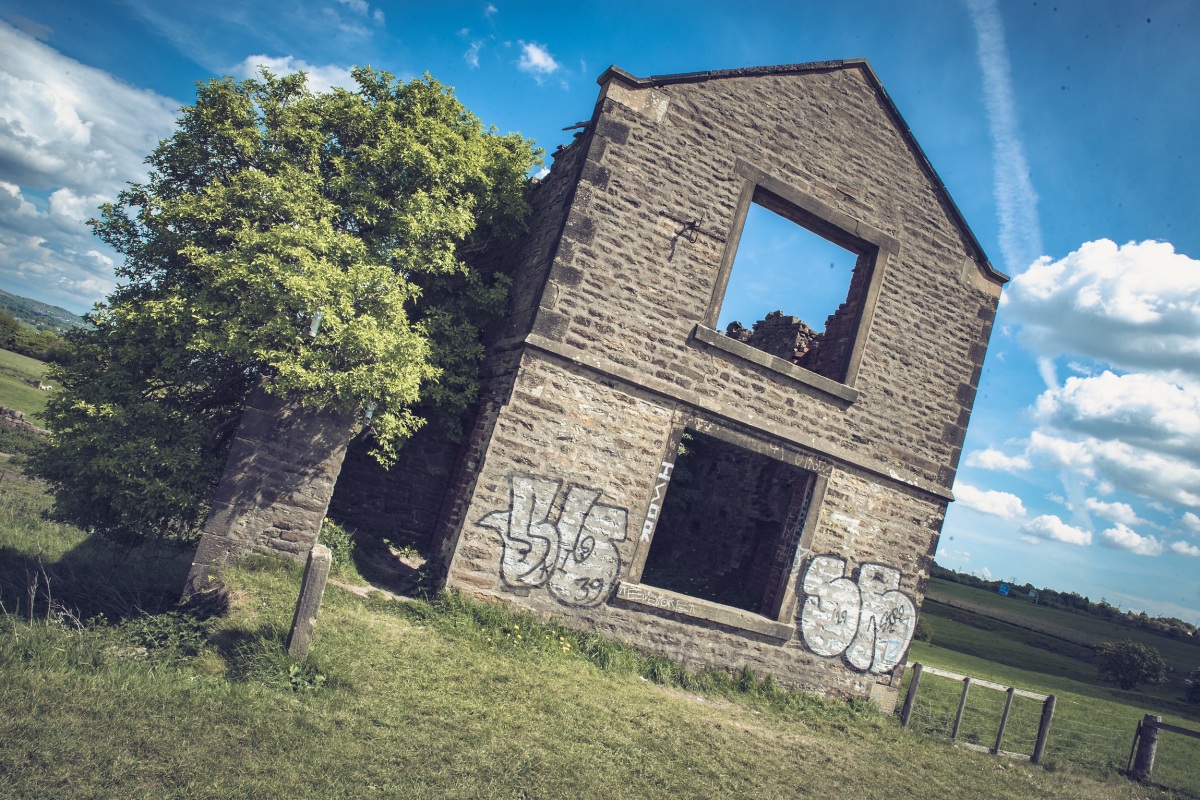 It’s always heartwarming to see a music photographer who clearly loves the bands they shoot and Gary is definitely one of those. Here he talks us through some of the last gigs he caught before lockdown, and the nature and landscapes he’s discovered since whilst walking along the famous Leeds to Liverpool canal…

‘Hi, I’m Gary. Like Batman I have a respectable day job, as a regulatory manager for a UK Internet Service Provider, and at night I’m often seen lurking in the dark, seedy shadows of an underground music venue.

The day job pays for my unpaid hobby, a hobby that I started a few years ago now photographing the bands and gigs I was already more often than not going to see anyway as a fan.

It was December 2019 and I’d been photographing the current Buzzcocks line-up at Preston’s 53 Degrees and Manchester’s Gorilla, the band performing together following Pete Shelley’s sad passing and, although that was three months before lockdown, I remember having a strange feeling that something significant was about to happen in our lives but nothing I could put my finger on. 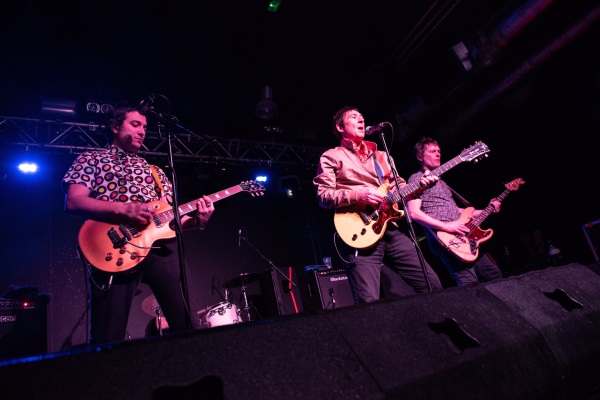 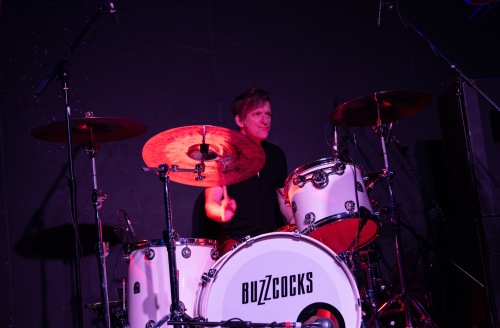 Three months on and it’s February 2020 and although none the wiser as to what was about to happen, I got to photograph the brilliant band Déjà Vega doing a full set at the Ferret in Preston. I’d seen them playing there previously at GlastonFerret; if you haven’t seen these guys they are a must go and see. 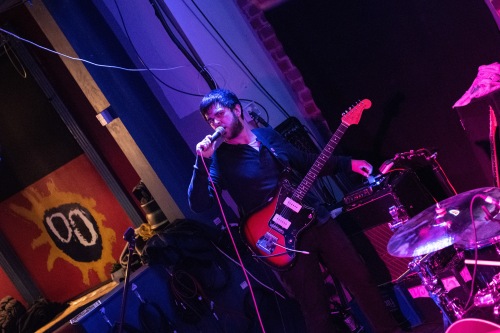 A couple of weeks later and what was to be my final photography gig was for Dead Objectives who’d asked me to go and shoot their set at Wigan Punk Fest 2, as they wanted some live shots for their forthcoming new album cover. Sadly, post-lockdown the band decided to part company with their bass player so not sure if these shots will be used now.

My last gig of 2020 was ironically the same night as the Dead Objectives gig in Wigan, this time I had to drive over to Manchester for the sold out Déjà Vega gig at the Deaf Institute, and what a gig that was although for once I didn’t photograph it.

Like most gig photographers, Covid-19 and lockdown have given us an opportunity to photograph different subject matter.

For me, I’ve always been interested in landscapes and buildings so I took the camera with me when out on the daily exercise walks along the Leeds to Liverpool Canal route that’s close to where I live. The non-live shots highlight some of the interesting things you see when out walking, even along a canal that stretches some 65 miles to Leeds or Liverpool depending on how much of a walk you fancy.

The picture below was taken about a mile into the walk from my house where you end up at the lock that runs alongside a dairy farm. Depending on the route you take you can end up in the field to the right of the lock gate trying to get to the other side before the bull gets you.

If you walk straight on about a quarter of a mile down the canal path, you will come across a derelict farm building that’s not surprisingly covered in graffiti. You often encounter quite a few cyclists along this route, the majority of whom are courteous and warn you before they park their bikes in a place that would likely be uncomfortable. 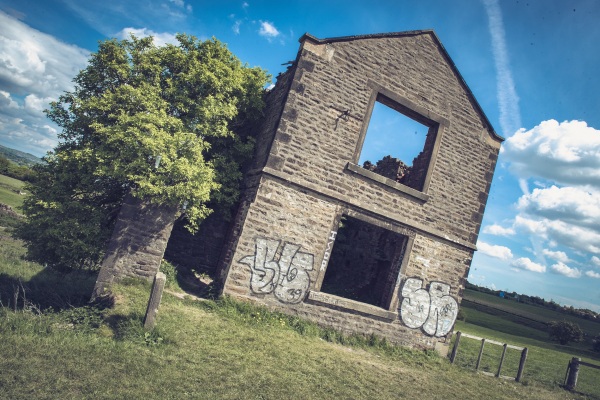 Carry on walking about another quarter of a mile and there’s a nice cluster of boats that are moored in what appears to be a small boat repair yard.  Most as you can see below are barges, one of which is named Elvira, I added in the nickname Mistress of The Canal. 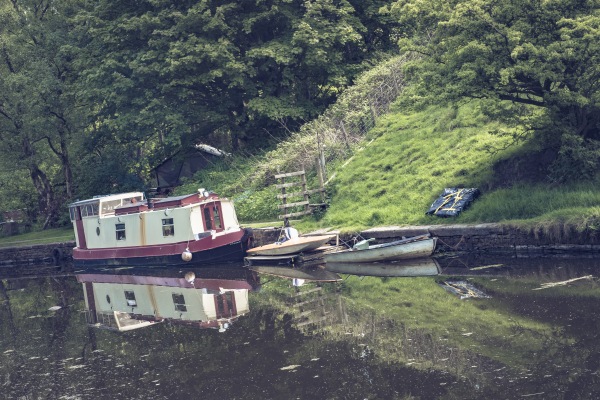 In the next picture you can see a 50-person lifeboat tied up to its mooring which I’m sure is very reassuring for anyone that might take a wrong turn down the canal in a cruise liner. 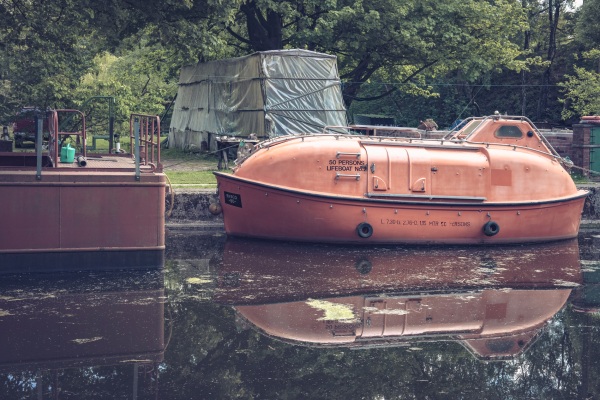 Finally my last shot is of a male swan who’s just become a dad and often comes over to take bread and peas for his baby cygnets and his Mrs. He’s quite partial to porridge oats when he can get them. 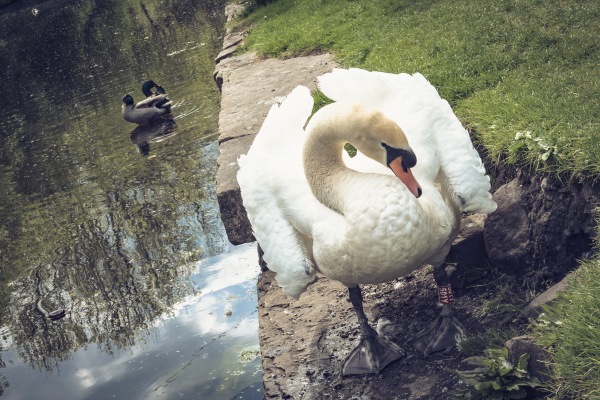 There’s lots of other wildlife along the route and plenty to see, irrespective of the direction you take, and for someone that never really exercised much, lockdown really has given me a different perspective to life and opened up a lot more opportunities to develop my photography from the Punk frenzied gigs I’m usually shooting.

I’m currently working on my website at www.allthecoolbandsphotography.co.uk which has already attracted one well known band and one that I’m a big fan of to contact me for some live show shoots in 2021, I’m unable to say who at the moment but keep an eye on the website and all will become clear next year. I might include a section on the site that highlights some of the other photos I take too, I haven’t made my mind up yet if I’m honest.

Thanks to Siobhan for giving me the chance to write this and, if you got this far, thank you all for reading it.’