A trance-like treat for your ears, Winter’s new psych-pop album Endless Space (Between You & I)  looks set to be a perfect summer backdrop. We chatted about music, quarantine and influences ranging from My Bloody Valentine to Marisa Monte…

I am a Los Angeles based artist and make bilingual dream pop. I started writing songs when I was 12 and have been doing it ever since. My project Winter is the culmination of beautiful melodies, fluttering guitars and an other-worldly sensibility. Music is the air I breathe and everything I see. It’s been a part of me my whole life.

Born in Brazil, living in LA, you must have an interesting mix of musical influences – who are some of your favourite artists past and present?

Yes! There’s such a spectrum of music and artists that I enjoy. I would say I’m greatly inspired by Cocteau Twins, My Bloody Valentine, Starflyer 59, Lilys and bands from Sarah Records but I also love Brazilian artists such as Boogarins, Marisa Monte, Caetano, Gal Costa… It’s a big list but I would say my taste ranges from Brazilian MPB to east coast indie rock to ambient and noise music and I’ve been recently really getting into electronic music.

Your album Endless Space (Between You and I) is now set for release at the end of July, how has quarantine affected your plans and how does it feel to be launching new music in the current environment?

It’s strange but I think there are some pros and cons to it. I think a big part of releasing music right now is coming to terms with it being a whole new playing field. The old formula of putting out a record and touring it isn’t a possibility, so it’s an exciting and experimental time to figure out what are new things you can do. Letting go and being okay with change is going to be really important. I see it as an exciting time but I’m also a total optimist, haha. My record title seems to fit perfectly with the quarantine themes so I think this context will actually benefit the music and the whole other-worldly escapism that this record can provide.

You’ve just shared the title track, what’s the reaction been like?

It’s been great! We’ve actually released three singles so far and it feels exciting to put each song out month by month. It’s a darker, more magical aesthetic for Winter. Both music videos so far I’m playing different characters and alluding to fairy tales or archetypes so it’s been cool to tell those stories through my music. I’m always making a different type of record so I don’t expect old Winter fans to all like it. I think if you like ambient, psych, dream pop this record will be a treat for you! 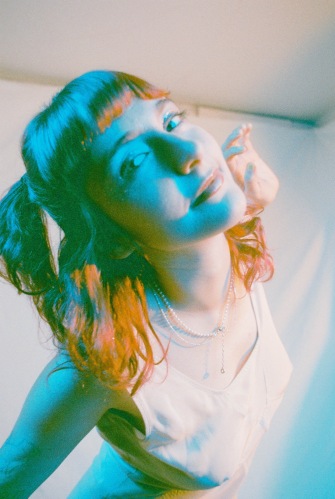 And how are things with you, where are you and are you able to see friends or family?

I’m in Los Angeles. I feel pretty lucky because I live in a neighborhood that has two parks and a lot of sunshine and space so I’m able to walk around and even talk with neighbours and friends from a distance when I’m in the outdoors. My family lives in different places so I definitely miss them a lot. I’ve gone through so many different emotional states during this quarantine but I finally feel like I’m comfortable in my own skin and accepting that I just have to take things day by day.

Talk us through a few of the album tracks – what’s the story behind them?

Well, a lot of the songs are inspired by nature, poetry and the tarot. The themes of this record are very expansive and I would say Healing is probably the only song that feels more like a nowadays sort of topic – it’s basically being ‘ghosted’. All the other songs have more grandiose timeless stories. In The Z Plane, Bem No Fundo and Constellation all talk about a Utopian dream world. Pure Magician was inspired by the tarot card of the magician. Here I Am Existing was inspired by a poem by Mary J Oliver. I’m curious once the record is out to hear people’s connection to the songs because I did intentionally leave room for interpretation.

One album, one film, one book – what would you choose?

I’m so bad with this type of question because I’m always going through different phases, haha, but here goes!
Yo La Tengo – I Can Hear The Heart Beating As One
Amélie Poulain
Bluets by Maggie Nelson

And what are your plans for whenever things get back to normal?

I don’t really have any! Play shows? See my family? Eat a delicious dinner at my favourite restaurant…

Endless Space (Between You & I) will be released on 24th July via Bar/None Records. You can pre-order the album here. In the meantime, catch up with Winter and watch the video for the title track below.

Interview by Siobhan
Photos via One Beat PR