The Enduring Power Of Film
by Geoff Maxted

I once sold a car and almost immediately, as it disappeared up the road, I regretted the decision to sell it. Many people instantly rue the day they disposed of this or that item, be it a camera or just a ball of twine because they forgot the golden rule: One day there might be a use for it.

Back in the days before the digital revolution swept over us in a tsunami of technology, I owned several film cameras from Nikon and Contax. To this day I regret being suckered into buying digital cameras: ‘It’s just so much more convenient’, I told myself, ‘no more chemical fumes’. Gone were the camera bodies and assorted lenses; the dark room enlarger and the trays and the changing bags and the dev tanks; yet curiously somehow two Nikon AF-D lenses survived the carnage. I found myself still in possession of a 28mm and a 50mm prime, both in mint condition. They must have been in a drawer somewhere, hiding, because they didn’t reveal themselves until some considerable time had passed.

Surprisingly, they still had a value but rather than move them on to a new home, I decided instead to buy a budget film camera. My Nikon F55 is made of plastic, is in almost new condition and cost £35 plus P&P from a trusted used retailer. The first roll of Kodak 400 lasted a year but just lately I have set aside the Sony and the posh Nikon digital models and instead stocked up on Kodak ColorPlus. I haven’t looked back since and there is a good reason why: Others have said this in other ways but the quote I’m using is from the legend that is Sir Don McCullin; “…digital doesn’t transform the atmosphere like film”. Never a truer word.

The camera is irrelevant. The brilliant and rather garrulous American street photographer, John Free, is still going strong aged almost 80 years and still uses a Nikon F3 HP with black and white film that he processes himself. It’s just him, a camera and a single lens yet he continues to produce great work.

Sir Don McCullin is not wrong. I recently had on a wall a pin board festooned with small prints and although the content may not be of prize-winning quality, the ‘look’ of the images is always what struck the casual viewer and it is hard to describe. The pictures just look ‘right’. Digital images have been described as being cold and I think that might be it. It isn’t just about grain; that can be added by software. There’s a pleasing warmth to the film images that simply cannot be replicated, despite the plethora of presets that make that claim, rather like my favoured fake film Kodachrome 64 and of course the photographer has to get it right first time in camera; no chimping, no machine-gunning, no second chances, as with the image of the tourists on a boat trip who prefer their phones to an actual view.

One Day My Prints Will Come

There’s an enduring power to film and that power is once again being manifested by the rise of a new generation of film fanatics, be it returners like me or the bright young things in the Lomography crowd. There’s no need to bother with colour or B&W home processing either, there’s plenty of C41 establishments who will develop, print and/or scan those lovely rich negatives. There are also some very interesting new emulsions on the market. It has to be said that it is thanks to the internet and digital science that having decent quality scans and prints made is both fast and reasonably cheap, so there’s no excuse for not shooting the odd roll and then waiting with bated breath for your prints to come. 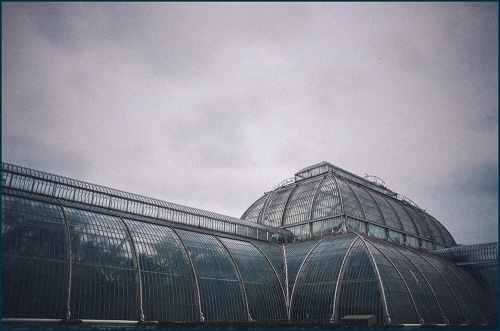 The lesson here is that if you have some old film camera gear knocking about in the loft, then clean it and treasure it because one day you are going to need it. Even if the cost of a roll of 35mm is temporarily beyond you then hang on to the kit, because one day you will be able to treat yourself to some old-school snapping. Then you’ll be hooked. 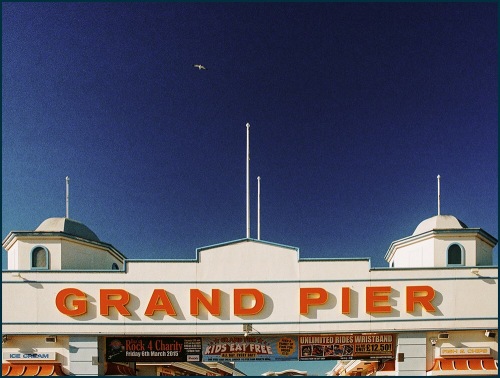 All words and photos © Geoff Maxted