Introducing us to a world where childhood toys, war reportage and photography meet happily in one project, Seb Akehurst takes us on a journey through some of his fascinating collection of work, including a diversion into music and culture…

‘Hello, I’m Sebastian K Akehurst, otherwise known as ‘Jolly Bearded’. I am currently based in Armagh, Northern Ireland (NI), having returned back from Glasgow after three years and am a graduate in Interactive Media Arts from the University of Ulster, Coleraine (2014). Picking up the camera in the final year after studying photography theory, I decided to focus on War Photography and Toy Photography for my dissertation. I created scenes in black and white of D-Day (WWII) and colour work of the Vietnam War and Middle East conflicts.

Now I can only assume you’re asking yourself, ‘Wait! war and toys? Seb, you are going to have to explain this!’ Don’t worry, I intend to explain my development into this world of toys. I will also detail some of my steps into music events photography.

Originally, I had depicted the NI conflict through toys, as part of another undergraduate project. I saw this concept had potential. I began to see it turn some heads in interest, which I saw as a good start!

During my research, I began to question the integrity of early war photographers and photographs taken by Roger Fenton (1819-69), Mathew Brady (1822-96) and Robert Capa (1913-54). As it came to be known, they were hired for one main duty, to capture ‘good war effort’. In turn, this was used as propaganda back home. This questioned, my thoughts came to how I would wish to restage this. The reasoning for the use of toys became more logical. Any logic in photography can be given reason by the quote by Robert Capa, “If your pictures aren’t good enough, you’re not close enough”. Stated by Stanley Leary who posted on rising.blackstar.com explaining this phrase, “He was telling us to physically get closer – to become more involved and intimate with our subjects”. Originally about capturing conflict, I used this approach in capturing my toy created conflicts. I came to realise this approach would have connections to play in childhood, in other words building a narrative in and about playtime. 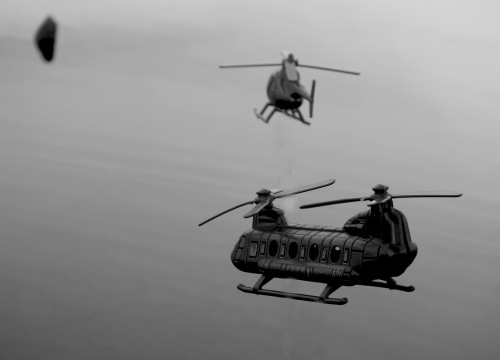 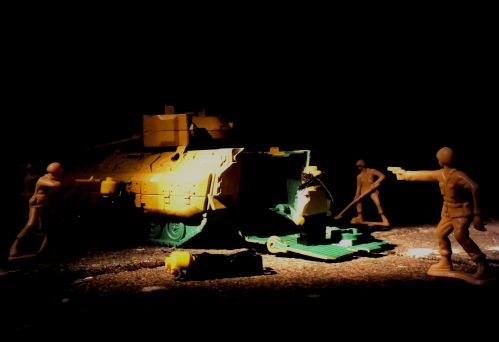 The criteria of this project – I had to show a few examples of the use of toys in photography. To my joy, Brian McCarty’s work captivated me, especially his ongoing project War-Toys. At the time, Brian used drawings constructed by children who had suffered traumas in Middle Eastern conflict zones: Israel, West Bank and The Gaza Strip to name a few. What amazed me was the use of real-time environments in his photographs, in which are these conflicts zones. I can highly recommend you check out his fantastic work over at brianmccarty.com.

Obviously from writing and researching my projects, I took up other mediums to help my work. Taking my criteria to flow, this was in studying classic war movies: Platoon (1986), Black Hawk Down (2001), We Were Soldiers (2002) to one of my favourites, Apocalypse Now (1979). When watching these films I took note of environments and particular traits in the conflicts. When taking and editing these photographs, I also took to finding particular music and soundtracks that would assist the creative process. For the lead to my project, I found music was to be some of the first influence on my work. My project entitled Stray Bullets (2011) was taken from a song written by Tom Morello: The Nightwatchman.

In this instance, my image Wounds – based on the conflict of Vietnam. I took this image and it gave me an impression of the covers of the LIFE magazine. One cover in particular, dated back to November 26th 1965, carried the text ‘The Blunt Reality of War in Vietnam’ accompanied by an image of a Viet Cong held prisoner. Accompanied by text this image gives a feeling of remorse to the viewer, yet maybe at the time of this conflict a different feeling. The environment I saw as a monsoon flooded jungle when, in fact, it was a building site at the end of my road. In connecting this to childhood, the toy used is the popular ‘Action Man’ which is my own from the younger days, although for this he had been given a darker storyline.

I took to the camera again, but chose to follow an interest in live music photography. Realising my interest, why not document in the music sector? I used digital media to build an online presence and my ‘can-do attitude’ to just start meeting people to get my name out there. Using my connection in the media sphere I found someone to assist in the logo design and able to make a purchase within the industry, these pieces of merchandise can be found through my early posts on Facebook & Instagram.

I had managed to make a small name for myself, from working locally and further afield in NI, so taking this motto ‘support of artists’ to a whole new level, I decided to move to Glasgow, Scotland. Initially I was only planning on being out for around five months; safe to say this rapidly changed. Much like Alice from Lewis Carroll’s Wonderland, I found myself going down a rabbit hole. I found I would be moving through diverse genres of music and creative individuals. Yes, you are correct to assume I have a lot I could say, I had some memorable shows and places I ended up. 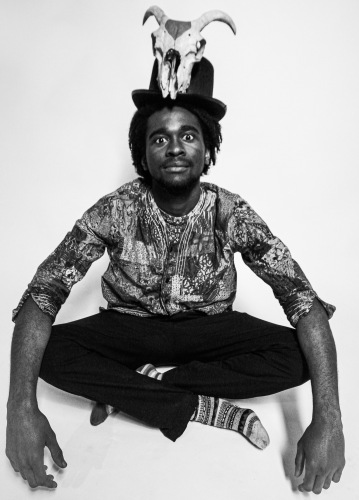 One of the major connections I had made was with the New Hellfire Club, Glasgow. Writers and creatives who had established themselves in the music scene of Glasgow built a broad fanbase within this scene. After introducing myself to the guys shortly after moving over, I had been adopted into their family, joining them at their record shop, gigs and other events. Now as time went on, they themselves grew into working towards creating a venue which became known locally as The Ice Box Arts And Music Centre, situated in the Southside of Glasgow. This new venture was exciting to have been a part of as, within the first few months of opening, I managed to see and photograph some fantastic shows (check their gofundmepage). 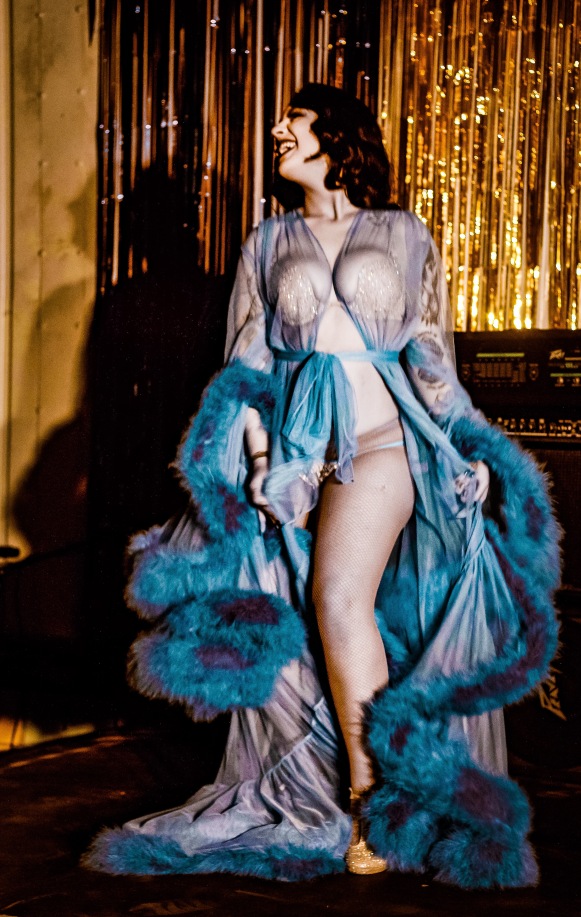 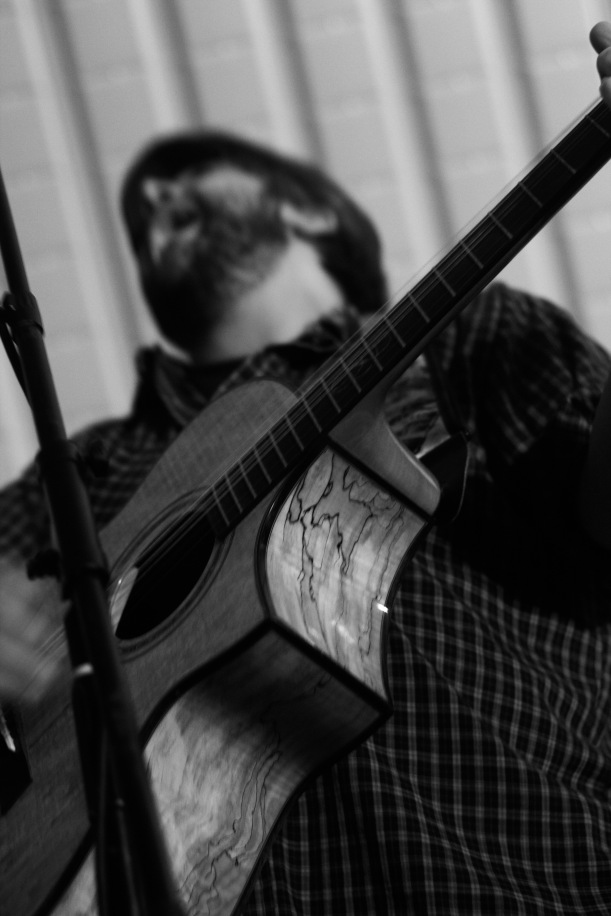 I could not mention Glasgow without mentioning some of the amazing venues; from connecting with different bands and artists I found myself in some memorable places. Within the walls of these venues, I have managed to witness and photograph some very talented artists from Glasgow and afar! These venues were King Tuts Wah Wah Hut, Cottiers, Nice N Sleazy, The Hug and Pint, Stereo, Broadcast and Cathouse. 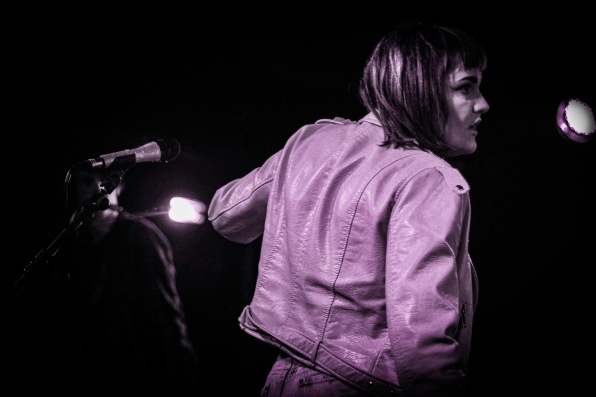 End of summer 2017, I found myself in Edinburgh, where I had the honour to be part of the Fringe festival with a well-known company called 21 Theatre Company. This was my first venture up at the Fringe; being a part of it was thrilling. Whilst in the midst of working to a tight window of two days, I got to see and meet many people who were involved in the creation of these wonderful shows. Shows captured: All The Kings Men, The Blue Brothers Tribute, DOUZE, Trill Me: The Leopold and Loeb Story and The Rat Pack. 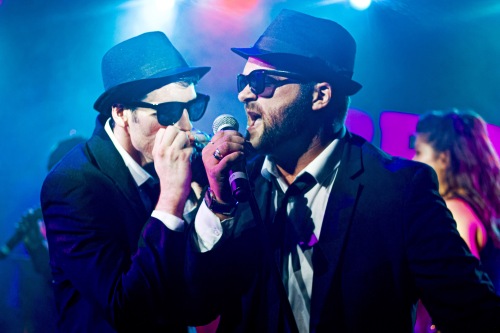 Back in 2014, when I began to dissect this genre of photography, Instagram wouldn’t have been on the radar as much as today, now allowing me to connect with other photographers and artists who also explore creative ways in toy photography. One example of this is NY based Jared Middleton who goes by the name ‘SirDork730’ and would use practical effects to build an atmosphere to his photography. In addition to connecting with him, I have also happily managed to share and connect with Brian McCarty, being able to express my joy in his work and being able to share the outcome of the project Stray Bullets, which to my delight he enjoyed.

I have had a surge of creativity in Toy Photography once again, this time currently developing the theme of playtime, working with multiple characters who are a part of different toy-boxes found in medium such as comics, cartoons and films. Yes, I’m still talking about toys, I’m no stranger to talking about my toys like they are people sometimes, as this assists me in making my photos, and also with my music taste being so wide it helps me create and edit once again. I guess that you could say I like to develop on what I have learnt and find new ways to capture, in hopes of provoking feeling in photographs. These can be from humour to even childhood nostalgia.’ 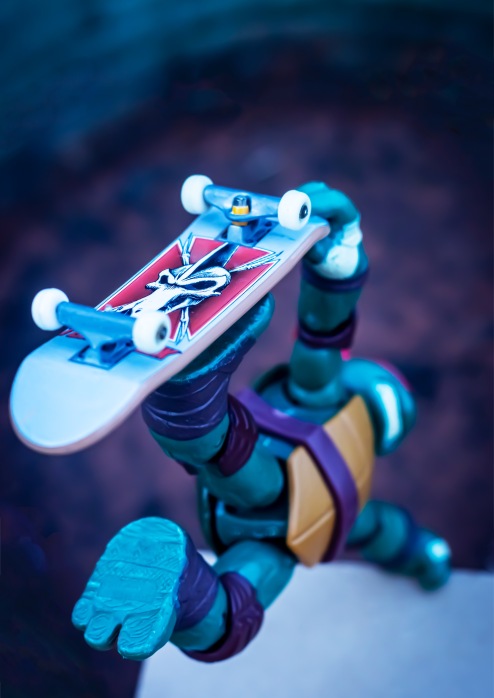