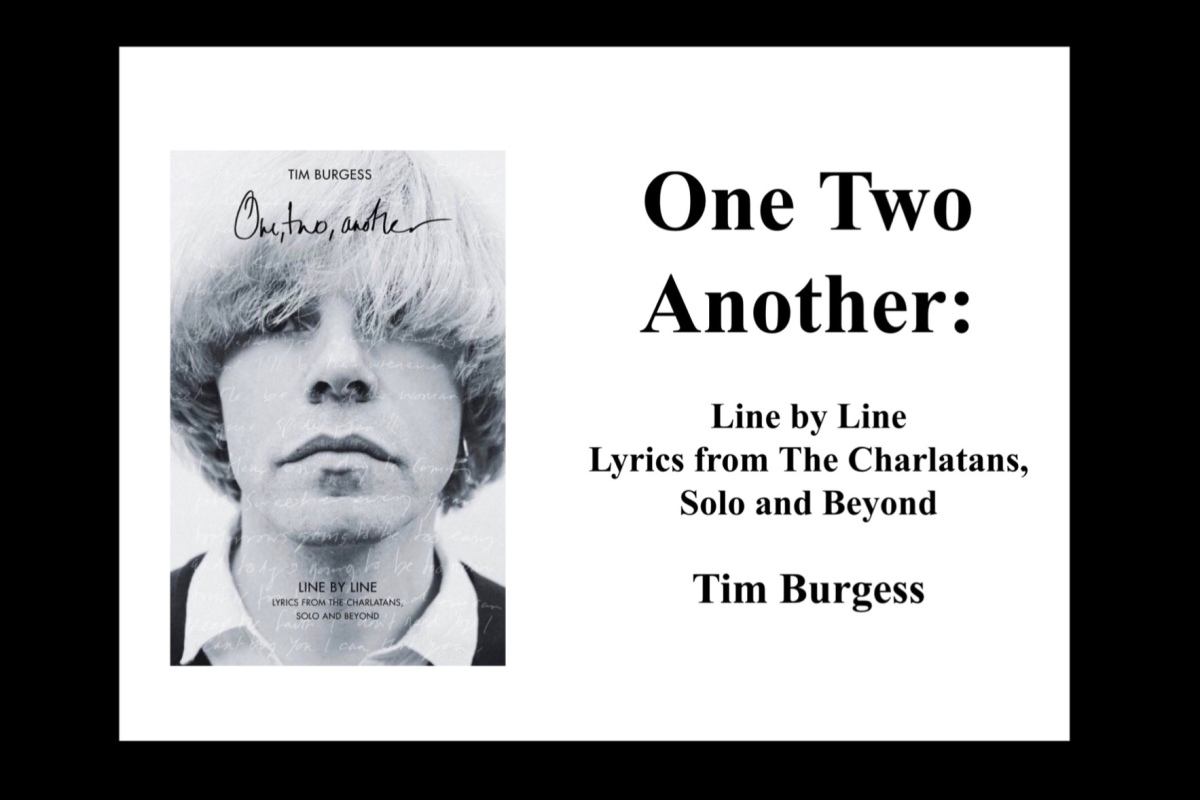 Tim Burgess: One, Two, Another

If you’ve seen Tim Burgess playing live, solo or with The Charlatans, you’ll know that it’s inevitably a happy experience. It looks like he loves what he does, like it’s still fresh, still surprising, and that’s infectious. It’s no secret that things haven’t always been plain sailing but his performing, and now writing, is approached with an honesty that is refreshing and endearing; if this was a tale of fiction you’d be rooting for the lead character to come out on top. As it is, it’s real life and the same applies.

With the release of his third book One, Two, Another this week, we get another opportunity to jump into his world and hear the stories behind the lyrics. Covering over 70 tracks spanning his career, each set of lyrics is followed by a personal annotation of their background, some funny, some sad, some a gift to the trivia collector, all painting pictures that together form a fascinating diary of the last 30 years. Having covered the autobiographical element in his first book Telling Stories, then delved into his love of vinyl and record shops in Vinyl Adventures, Tim takes us behind the scenes of the words that we’ve all come to know and love, citing influences from Bob Dylan to Wu-Tang Clan. 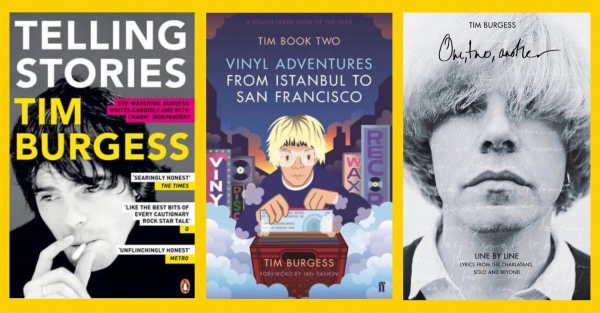 Tim recalls reading the printed song lyrics in Smash Hits (a ritual familiar to all those of us growing up before Google became a default) and the process of writing and hearing people’s reactions to the end product, saying, ‘My songs have recurring themes: love, loss and euphoria, and many are dreamt up as smiley, throwaway oysters. But I never know what the pearl is until the audience sing along with me.’

There are many pearls in the catalogue and it’s great to read about everything from the trips across the States to the northern nightclub bouncers that all played a part in creating some of his best loved songs across the years. As you read the book you’ll want to dig out your records and fall into the safety net they offer, pulling in your personal nostalgia and memories of times past and loved ones lost and found to match his stories. There’s a lot of truth in the lines:
‘Here comes a soul saver
On your record player
Floating about in the dust’
(Here Comes a Soul Saver, 1995)

A past Record Store Day Ambassador, collaborator with his peers (he speaks in the book of achieving his ambition of working with Paul Weller on Spinning Out) and a constant champion of new artists, Tim’s more recent tracks and albums on his own and with The Charlatans play just as important a role in the story – and who knows what the future memories from these will be?

2017’s Plastic Machinery contemplates the feeling of being pulled into the political quicksand of the current climate:
’So, let’s just run
Even if only in our heads
Leave all of this behind
Unless we could stand still’
With his immediately recognisable guitar riffs featuring on the track, Johnny Marr comments, ‘Tim Burgess is a crusader and vinyl’s epic voyager. He knows why pop’s art, a culture and a cure. Learn and listen. He knows good things.’

Johnny’s right – clear your Sunday afternoon, dust down your turntable, grab a copy of the book and enjoy.

One, Two, Another is published by Little, Brown UK on Thursday 14th November 2019