Still rings in my ears – The Cribs through Wakefield eyes

As a young lad from Wakefield, yearning for a musical identity of my own, I felt forced to look away to the neighbouring sounds of Sheffield and Leeds, over the Pennines to Manchester and Liverpool and, more often than not, across the pond to the USA; for the Merrie City (Wakefield’s somewhat ironic moniker) seemingly had little to offer me besides Black Lace…. Agadoo… yikes.

This changed when I discovered The Cribs, a scrappy garage/punk rock band fronted by twins Ryan and Gary with their younger brother Ross on drums, hailing from my hometown. 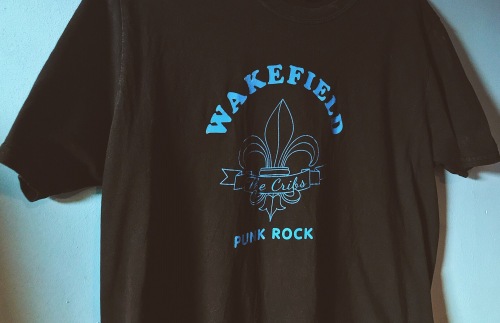 This was during the mid-noughties ‘indie’ revival, where the initial shockwave of The Strokes and The Libertines had resulted in a toxic fallout spawning countless prodigies all clad in skinny jeans and knackered converse, staggering around Camden (wherever that was) with eyes, hungover, peeking out from beneath a tousled fringe. I pawed at the NME weekly, though too young to be out in the Skins style discos splashed on the pages, I felt a connection to something, and whilst the majority of those bands had vanished almost entirely by the end of the decade (probably for the best), there were some, such as The Cribs, that never left me.

The appeal of The Cribs initially for me revolved around the fact that they were from where I was from; seeing them in a CD inlay lounging about the Wakefield Trinity Stadium, streets away from my house, was akin to seeing The Ramones on the bus home from school.

Yes, they wrote magnificently catchy and noisy punk bangers (more on that shortly), but hearing your town’s name in a song can be an electrifying experience when you’re 12. The geography seemed to always to be a contentious issue within The Cribs, on the one hand the band rallied against the “clued up arseholes” whose regionalism tried to put them at war with their hometown (see The Wrong Way To Be) and crowds early on would chant the city’s name in unison, whether it be in Leeds, London or Tokyo. However, it’s evident that it was their striving aim to break out of what seemed like a nowhere-town that led them to great success, that led them to be called the “UK’s biggest cult band” by Q Magazine in 2008, to receive the Outstanding Contribution to Music Award from the NME in 2013 or, in their own words, be the first band to headline Leeds Arena, in 2017, that turned up in a van. 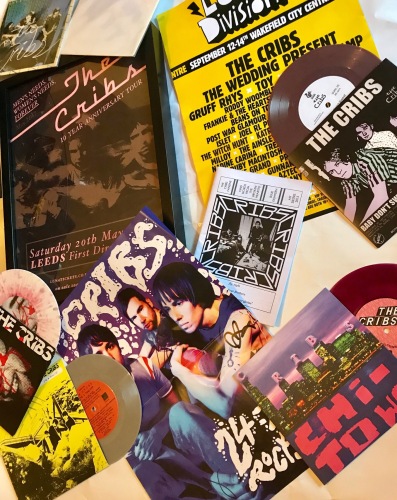 Of course not everyone is from Wakefield, so the longevity of The Cribs has to be down to something else, and that is the aforementioned magnificently catchy and noisy punk bangers. As a literal band of brothers they were always a tight unit, built on singalong choruses, snarky lyrics and sharp guitar leads so infectious that they tended to be sung back by crowds as loudly as the words. Though they were unforgivably lumped alongside many of the dour ‘landfill indie’ bands of the mid-late 2000s, The Cribs opposed this newfound appropriation of ’indie’ by taking aim at the scene on Hey Scenesters!, Our Bovine Public and Don’t You Wanna Be Relevant and by joking that the attitude of some bands is a bigger threat than global warming at Glastonbury. This did, however, lead to remarks that the band were somewhat contradictory for criticising bands for acting like cliché rockstars one minute and, in the next, diving onto glass tables at the NME awards and announcing that they invented Live 8 on Never Mind the Buzzcocks.

Even with this in mind, The Cribs were a group I always felt proud of, their desire for authenticity and reluctance to do anything much other than their own thing has led them to often lurk below the radar, even with indie dancefloor classics Men’s Needs and Hey Scenesters! in their arsenal. Though existing on the fringes has allowed them to sidestep the pitfalls of fads, trends and cliques that have befallen many an indie band, their determination to stick to their guns has resulted in them making records with Steve Albini, Edwyn Collins and Ric Ocasek, and it would be absurd to write about The Cribs without mentioning the period when legendary guitarist Johnny Marr joined the band, something that the massive Smiths fan I have grown to become now regrets not understanding how big a deal it was back in 2009.

My hope to see the band live in my hometown came true in 2014, which was also my first time seeing The Cribs, at the then recently refurbished and now frustratingly repurposed Unity Hall. A gig I had imagined so vividly for so long, I can now only recall it in quick flashes; Ryan Jarman’s slavering mouth agape as he thrashed his guitar, Ross Jarman standing high up on his stool belting the kit below, and my arm crashing down in pain as I leapt too high at the cathartic first blast of the chorus of Be Safe. That feeling was matched last year when, feeling quite lost in myself, I attended an anniversary gig of a local record label to pass the time. I was heading for the exit when all three Jarman brothers wandered up to the bar and unknowingly almost caused me to suffer a small aneurysm. The opportunity wasn’t missed, and I got to embarrassingly gush to my heroes in person for a few minutes, thanking them for their music, for making the 12 year old me believe in the potential of my town, and then I left, feeling a little less lost.

I feel Wakefield is likely a much better place now than it was when The Cribs first dreamt of escaping it; it’s got a nationally renowned art gallery, a really good record store (read all about it!) and an infamous pie-shop, though best of all, it will always have The Cribs.

It might be the band’s most commercially successful work, but that doesn’t mean their formula of shouty, singalong punk infused power-pop crafted on their first two LPs is missing, if anything it is perfected. Beginning with the jolting Our Bovine Public (watch your headphone volume) and concluding with the acoustic ballad Shoot the Poets, it’s one of the few records that properly deserved its ‘10 year anniversary’ tour, the likes of which have become commonplace over the last couple of years. The indie disco classic Men’s Needs, the feverish My Life Flashed Before My Eyes and the conflicted ode to Wakefield I’ve Tried Everything all feature, but the monolithic Be Safe is the album’s cornerstone; a six minute epic featuring a sprawling and emotive spoken word piece from Sonic Youth’s Lee Ranaldo.

Year of Hate
We Share the Same Skies
Hey Scenesters!
Back to the Bolthole
Another Number
Pink Snow

For more music and news from The Cribs click here