With a long-standing love of photography, Nigel King’s portfolio covers a wonderfully diverse range of subjects. Here, he gives us a glimpse into his world in pictures…

‘I live in Nottingham in the East Midlands. I’ve always had a camera since I was about 8 or 9, starting with a Boots own brand 110mm model, a 1950’s West German rangefinder and also a Zenit EM. Today, I mostly use a Canon 80D and a Canon PowerShot G7 X Mark II. The shots here were taken with those two with the assistance of Adobe Lightroom. My aim with my photography is just to keep gradually improving and for as many people as possible to view my work. 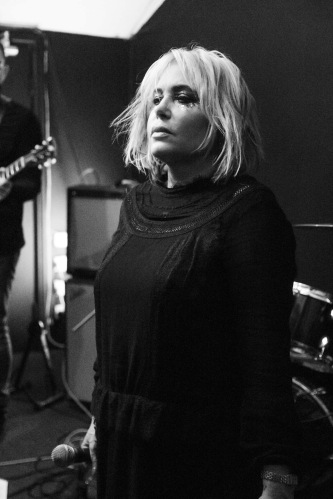 No collection of my work would be complete without including at least one of Brix Smith Start (here with Brix & the Extricated). She is my absolute favourite person to photograph, the power and the intensity of her (and the band’s) performances are always astonishing, though I caught her here in a more serene moment.

The header image above of the lady in pearls and the one here on the left were taken at a 1940’s theme day at the Framework Knitters’ Museum in Ruddington, Nottinghamshire. The museum is run by volunteers and I helped them out by recording the day’s events for them. These are just two of the shots from the day, I think they particularly capture the personality of the subjects.

A new event at the museum was their Steampunk Day which included a parade through the village and a ‘tea duelling’ competition. The picture on the right shows just one of the many fine costumes worn that day. 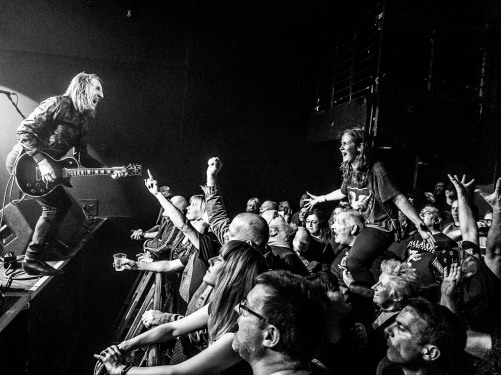 Live music and event photography is about capturing the moment that defines the show. Live music shoots tend to be mostly shots of the artists, I like to try and get shots of the audience reaction as well. This was a special moment at a Balaam and the Angel gig at The Rescue Rooms in Nottingham.

In the last couple of years I’ve been very fortunate to work with LeftLion Magazine in Nottingham. It is the local arts, music, culture and listings magazine. This has given me a chance to shoot at different types of events. These two photos are from a poetry night to celebrate the Windrush 70th Anniversary this year, which included Jamaican poet Kei Miller and Georgina Wilding (the current Nottingham Young Poet Laureate). Poetry is big in Nottingham. 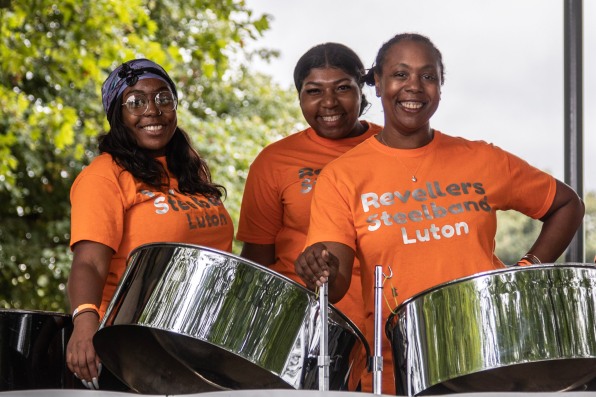 The Nottingham Caribbean Carnival is one of the highlights of the summer. The carnival is in three parts; the parade, where I met the Luton Revellers, followed by a group dance competition on the main stage and then a music festival with four stages into the evening where I found many other revellers. 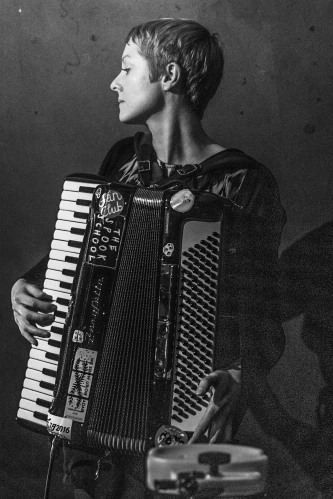 This is Sophie Barkerwood from the band Haiku Salut, it was taken at a show at the Rough Trade shop in Nottingham but it is essentially a profile portrait shot of Sophie.

The Owl Man – I was down by the River Trent for the ‘Nottingham Mile’, a series of mile races along the riverside as part of the Robin Hood Half Marathon weekend. As a race set off, I noticed this man leaning against the barrier in front of me with an owl on his shoulder. I thought I’d better quickly ask him if I could take a photograph, which he agreed to. 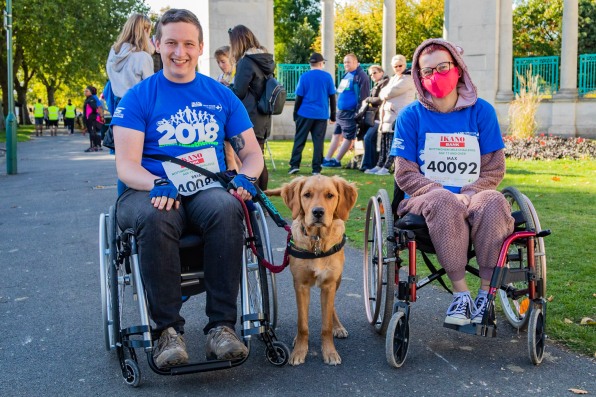 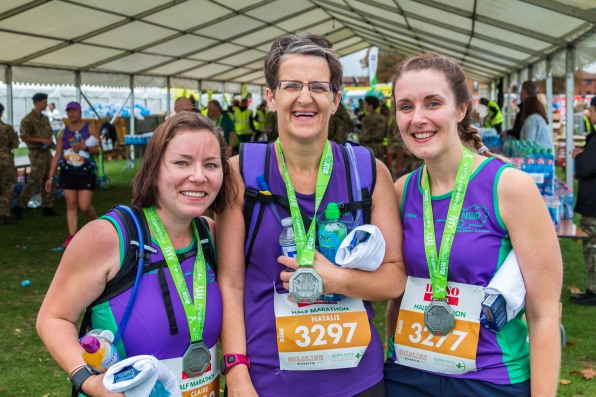 The Robin Hood Marathon events were over two days this year. On the Saturday was a series of mile races where, in addition to the Owl Man, I met these lovely people and their dog. On the Sunday was the the main Half Marathon – as well as shooting the start and the race itself my favourite part was meeting some of the 9000 runners just after they had finished. The second photo is of three from a large contingent of the Notts Women Runners club taking part in the race.

Nottingham is where I do most of my photography and I’m very proud of my city. I’m always looking for shots when I’m out with my camera. The classic photograph (which I often do) of the Council House is closer than this with the fountains and reflective pond in the foreground. This shot is from 100m further back. The sun came out and illuminated the white Portland stone facade and I found it was framed by the trees.

2018 has been my best ever year for live music photography. This is one of my favourites of the year – Izzy B Phillips of the band Black Honey. Like Brix, I’ve caught her in a more reflective moment here.’