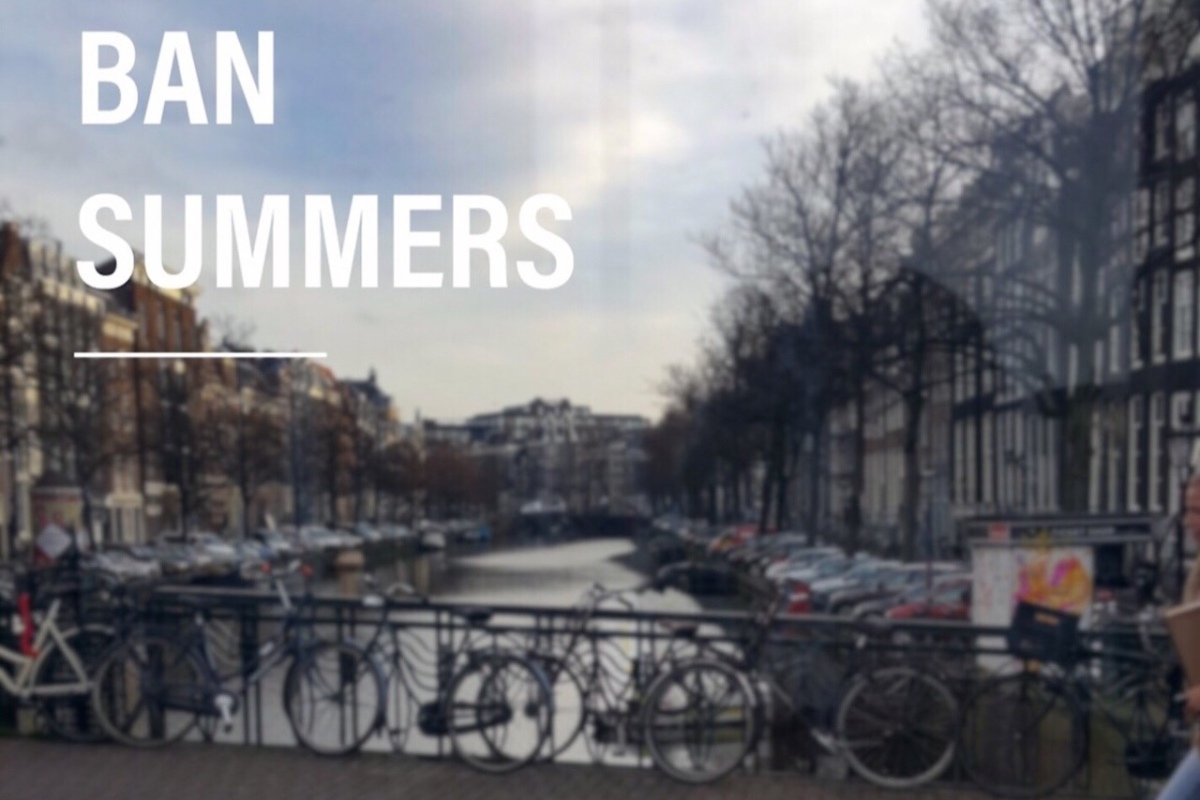 Being a recording artist and playing live can be testing at the best of times. Add to this a diagnosis of chronic illness and many people would be inclined to call a halt to the whole thing. But by approaching the process with a different perspective, musician Edward Perry is far from quitting his much loved musical career, producing tracks and performing live as Ban Summers. Recent singles No Better and It’s On You pit lyrics written about being ill in modern Britain against a relaxing, soulful, lo-fi backdrop and have caught the attention of BBC Music Introducing (Solent) amongst others.

We spoke to him about living and making music with fibromyalgia, a condition described by Fibromyalgia Action UK as ‘… a chronic condition of widespread pain and profound fatigue. The pain tends to be felt as diffuse aching or burning, often described as head to toe… The fatigue ranges from feeling tired to the exhaustion of a flu-like illness. It may come and go and people can suddenly feel drained of all energy – as if someone just pulled the plug’.

You’ve been a musician for some time, how did you get started?

I had been interested in music for a while but, when I was about 14, I heard Lightspeed Champion’s album that Dev Hynes recorded in a day, which was before his proper debut album, just something he put up to download on his blog and I loved it so much. It made me think that if he can do that in a day, maybe if I pick up a guitar, I could do something almost half as good over a year. It’s now about 12 years on and I’m still learning how to make an album. So I went with my Mum to Lidl and got a £30 nylon stringed acoustic guitar. I think Mum wanted to test out whether I was going to stick to guitar before having to shell out for a proper one. But I learnt a couple of songs and chords and moved on to my Squire Strat that I still play now. I wasn’t any good at learning other people’s songs though, so soon moved onto writing my own really bad songs. I was 15 when I played my first gig as The Boy I Used To Be (and I eventually got to support Lightspeed Champion at Wedgewood Rooms) and then that ended up after a lot of gigs and festivals becoming a full band with Max, Callum and Andy as Show Home for a short while.

When did you find out about the fibromyalgia; what was your reaction?

Well, I’ve been ill since my teens in different ways, ME and mental health the bulk of it, so I was kind of prepped for it when the diagnosis came. A family member also has fibromyalgia, so it wasn’t unknown to me, but was a new thing to be experiencing personally and that took time to understand what was happening. I still don’t totally understand it now and new symptoms pop up regularly, so understanding it is an ongoing process for me. I think it was a bit disappointing as I had previously had a few good years of health and my ME was in remission, so it flipped my life upside down still, for sure. It took a long time to start building myself back up. Then band stuff took a back seat and I really lost interest in music for a while because I was frustrated and jealous of not being able to take part.

How does it affect you day to day?

I am tired, like all of the time. I’m not sure if I can remember a time where I wasn’t tired and I wasn’t uncomfortable in some way. The joint and muscle pain is bad across my back, legs and hands, it affects my concentration and muddles my brain, plus lights and noise can be an issue which isn’t a great recipe for a budding musician. On top of that, all the medication makes me feel worse too with other side effects, but I’ll stop moaning for now!

So how have you adapted things in terms of making music?

Well, I’ve had to reshape my expectations of myself in my general life and I had to reach that acceptance in my musical life too. At the moment, my hands swell up after I’ve played guitar, so I’ve moved onto using a launchpad and using samples of my songs to play them live in a way that is hopefully more accessible to me but is still true to what a live show is. So now I just make music whenever I’m able and over time I’ve amassed a lot of songs so I can just work at my own pace and then these songs get deconstructed to play at gigs. Plus I don’t have any money at all, so it’s all recorded at home on basic and cheap equipment that I’ve collected over the years in the simplest way it could be done, finishing it on the laptop, bouncing it down to an MP3 and uploading to Soundcloud and Spotify. It’s the most DIY way you could probably be, though admittedly not unusual these days recording and releasing music from your bedroom, but that suits me because though I have no money and this makes no money, I’m not really spending out on it either. It’s the cheapest and most soul enriching thing I can do and, despite the pain and fatigue it causes, it does help me be a happier and more fulfilled person.

It’s On You is about privilege and how that may shape your world view or blind you from seeing privilege in process. People can get defensive about it and think that inviting diversity is limiting their opportunities or discriminating against them, but it isn’t. There is more than enough room for everyone and we should be seeking more diversity everywhere, because we miss out on those important voices otherwise.

No Better was written not long after the Brexit referendum and was a way of me getting my frustration out at the state we were in, with people lying and profiteering, but also acknowledging the rise in my generation’s passion to be heard. It’s like venting my thoughts in the first half but also builds to a more hopeful ending.

I am going to be releasing as much music as possible this year, with maybe an album coming later in the year (so surprise if you’ve read this far, that secret is just for you). I’ve been silent for too long and I have a lot to say and music to share. I’m also going to be playing a few gigs here and there and really just trying to get as many people listening as possible.

Next live date is at The House of Rapture, Portsmouth, on 2nd April with Penelope Isles and Barbudo