Delivering their strongest track so far, Concept is the new single from Leeds quintet Treeboy & Arc, produced by Speedy Wunderground’s Dan Carey. The band have been making a name for themselves on the live circuit playing in great company with the likes of Crows, Chest Pains, Yowl and Vulgarians. Their post-punk guitars take a darker twist here with spoken vocals challenging the concept of the flawed environment around us. Singer Ben Morgan notes, ‘The song is about being the only person alive and the entire world around me being a figment of my imagination. But then ultimately coming to the realisation that that’s not the case as, if I’d created everything around me, I’d have given myself a lot more beneficial features. It’s kind of an existential stream of consciousness.’

Concept is available digitally now and has a very limited vinyl release (250 copies) on Speedy Wunderground on 7th June. At the time of writing there are still some copies available but get your order in quickly, these won’t hang around.

The band have a few live dates booked in June (single launches in London and Leeds): 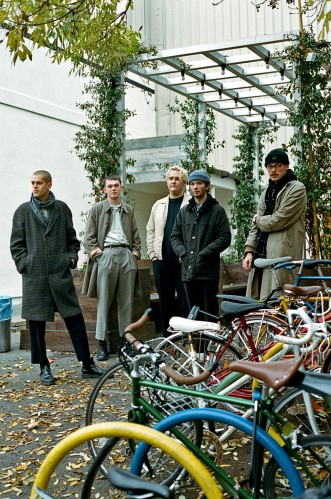 Released today via Dais Records, new album Motionless moves towards warmer melodies and refrains while maintaining the darkwave, brooding backdrop that Cold Showers have become known for. Current single Dismiss offers a flavour of the LA trio’s new sound and comes with a lyric video directed by Ruinas Romanas.

The band explain, ‘Dismiss dates back to 2013 as an ode to broken relationships and still rings familiar which is why we decided to develop it further and re-record it.  As fans of (Romanas’) collage work, we linked via social media to create the visual companion to the song.’ Romanas adds that Dismiss is ‘a reverie about a relationship that ends at the darkest point. An inevitable farewell.’

Motionless is available on both CD and vinyl LP (with limited edition colored vinyl variants), as well as all digital formats.

Remaining UK tour dates with Tamaryn over the next few days below, after these the band head out across Europe playing multiple venues in France, Germany, Sweden, Czech Republic and Poland:

25th May – London, The Shacklewell Arms
27th May – Glasgow, Broadcast
28th May – Manchester, Night People
29th May – Bristol, The Lanes 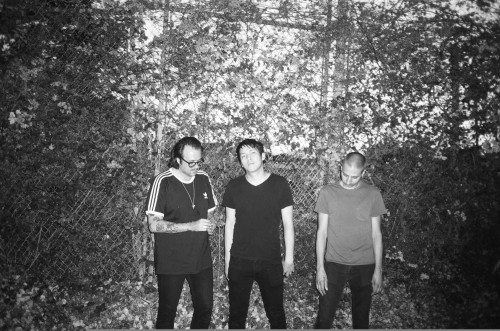 For those of you who haven’t yet had the pleasure of seeing The Howlers live, they have a run of gigs across the UK throughout June and July – a highly recommended way to spend an evening. Also coming very soon, their new single La Dolce Vita is released into the world on 7th June on heavyweight vinyl (on These Bloody Thieves Records) and a limited run of just 50 sunburst orange cassettes (through Brutalist Records) plus the usual digital channels.

La Dolce Vita is a short, sharp burst of spaghetti western guitars attacked with frenetic drums, another step forward in the band’s assault against the mainstream – keep an eye and ear out for its release; The Howlers’ (fka Scrubs) recent EP Circus of Horrors will give you an insight into what to expect.

You can catch the band live on the upcoming tour dates below: