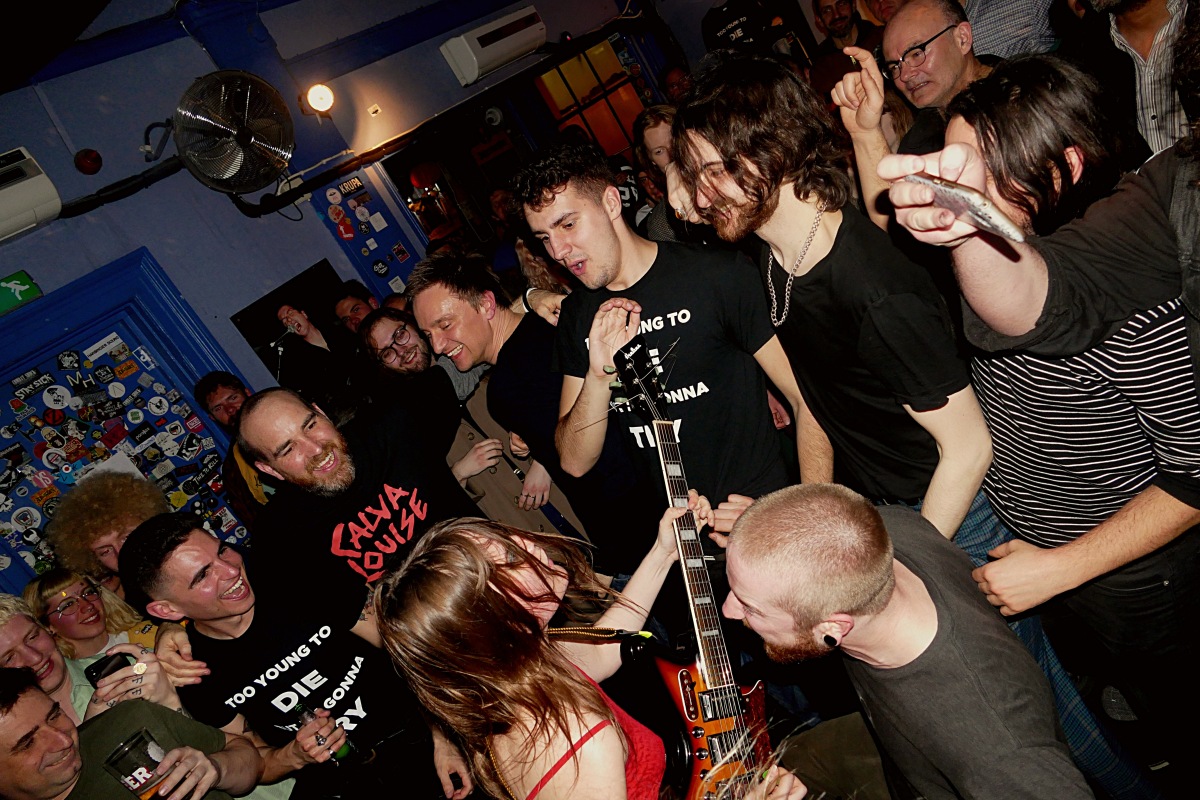 In Brighton for the last night of their UK tour and fresh from the shouts of acclaim for their debut album Rhinoceros, Calva Louise had a crowd full of anticipation squeezed into The Prince Albert.

Local support from Short People got the evening off to a solid start. Fronted by Rich Fownes (ex Eighties Matchbox B-Line Disaster / Clever Thing), their mix of rock and folk-punk eased us nicely into a memorable night in the making. 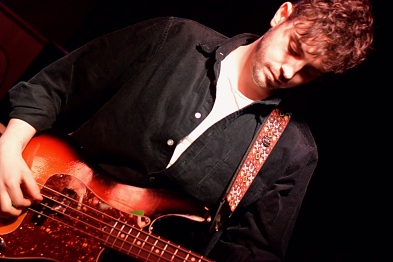 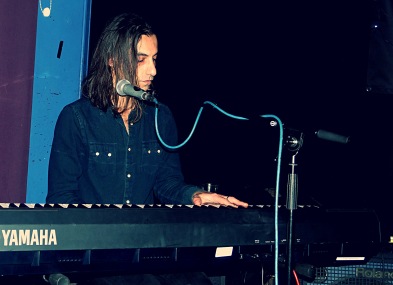 Kid Kapichi have been the main support throughout this tour which, conveniently for them, ended up pretty close to their home town of Hastings. Bringing along their own army of fans, their set was an absolute stand out ball of noise from start to finish. It’s a confident headliner that picks a band who are this good live to play before them. Firmly on the would love to see again list. 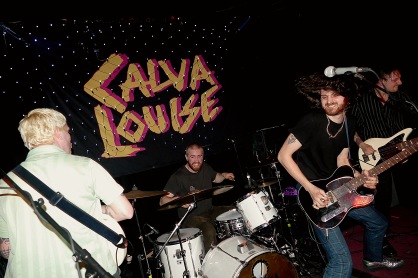 As the Countdown music hit the speakers, it was time for Calva Louise to show why they’ve gained a glowing reputation on the live circuit. With a pretty accurate prophecy, they hit straight into I’m Gonna Do Well, energy levels set to max from the outset. Sounding like Bis with Topper Headon on drums, their brand of indie-punk is refreshingly feel-good. 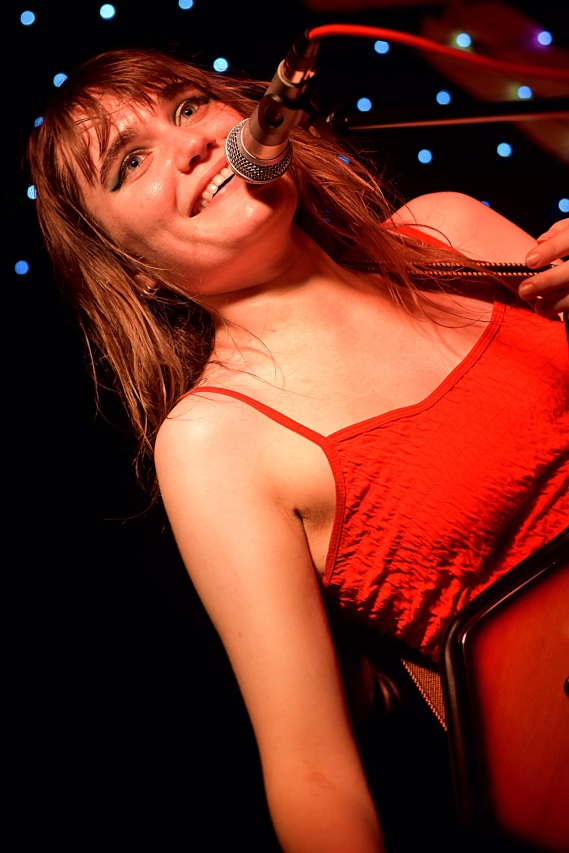 As the packed room got hotter and hotter, Jess stated that the temperature reminded her of home in South America; that didn’t stop her from jumping off the stage to join the party taking place in the audience. On or off stage, the trio were totally engaging and created a brilliant atmosphere with loads of reaction and reciprocation from the crowd.

Finishing up with the punchy Getting Closer, the set appeared to be over but the chants of ‘one more song’ received an unexpected rendition of Eleanor, despite being past curfew and with instruments already unplugged – clearly not a pre-planned encore but much appreciated anyway. We live in an age where social media can elevate a band’s status beyond its capabilities but, in the case of Calva Louise, you’d very much better believe the hype.