Portsmouth’s Jerry Williams is not just making waves in her seaside home town. With music industry interest on an international scale, things are looking more than promising for the singer songwriter dubbed ‘the singer you’ll be obsessed with in 2019’ by Top Shop’s fashion and culture blog. Following the recent release of her latest single David at the Bar, Jerry is setting out on tour and has much more in the offing. We had a quick catch up to find out what’s going on…

There seems to be so much happening for you right now! What did 2018 bring that you never expected?

Three record deals! In Germany, USA and Canada. It’s so crazy and so exciting. I love the three labels I’m working with and they totally get me. They love my music and stories which is amazing so I’m looking forward to working with them with everything coming up. It was a busy year.

Your latest single David at the Bar was written about someone you met – can you tell us a little more?

It’s about a man called David who I met in a bar, haha. Honestly, simple as that. The song is so true to what happened. I got speaking to him at the bar about life and I told him I’m a singer songwriter. He went on to say that he’s an alcoholic, ruined his life, he’s got a baby on the way and he’s really scared about it. He said if I wrote a song about him, he’d give up drink. So the next day, I wrote this song like I said I would and I haven’t seen him since. He just completely vanished. I hope he hears it, even if we don’t meet again.

You mentioned your overseas record deals – there’s some big ones outside Europe with Royal Mountain Records in Canada and Big Picnic Records in the US – how did they come about?

It was all pretty quick to be honest. My music just naturally reached the USA. With Royal Mountain Records, they came on board after they saw me supporting Finn Wolfhard’s band Calpurnia in Europe. They were like, yep yep, we wanna work with you, we love you. I was so overwhelmed but I’m sosososososo excited. They’re home to some of my favourite artists like Alvvays. I love Big Picnic. They’re proper music lovers, just like my German label Ferryhouse. They’re great people. 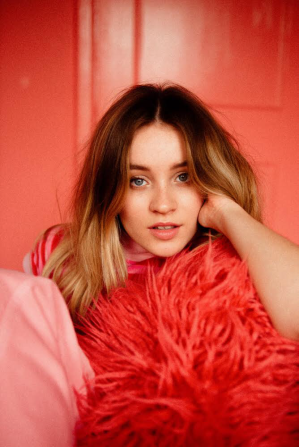 You’re just about to head out on tour – is there anywhere you’re particularly looking forward to visiting?

All of them, but Manchester will be great. The show has already sold out at Jimmy’s which is such a cool venue with neon signs everywhere and trippy wallpaper. But I can’t wait for every city and to meet everyone there.

Wild Front are supporting on the UK leg of the tour, are you involved in choosing your support acts?

Yes! I absolutely love Wild Front and am so honoured they’ll be playing with us on tour. Just watching them every night is gonna be perfect. Jeph are supporting in Southampton at The Joiners too. Their song Hey Baby was my top played on Spotify this year…SO GOOD!!! FLOWVERS supporting in London are great too.

I’m recording an album for autumn release which is super exciting. I can’t wait for people to hear what I’ve been working on. It’s more edgy and indie and I’ve got so many new stories. That’s the next thing…

Jerry’s headline tour starts on Saturday with dates in Germany before she heads back to the UK: